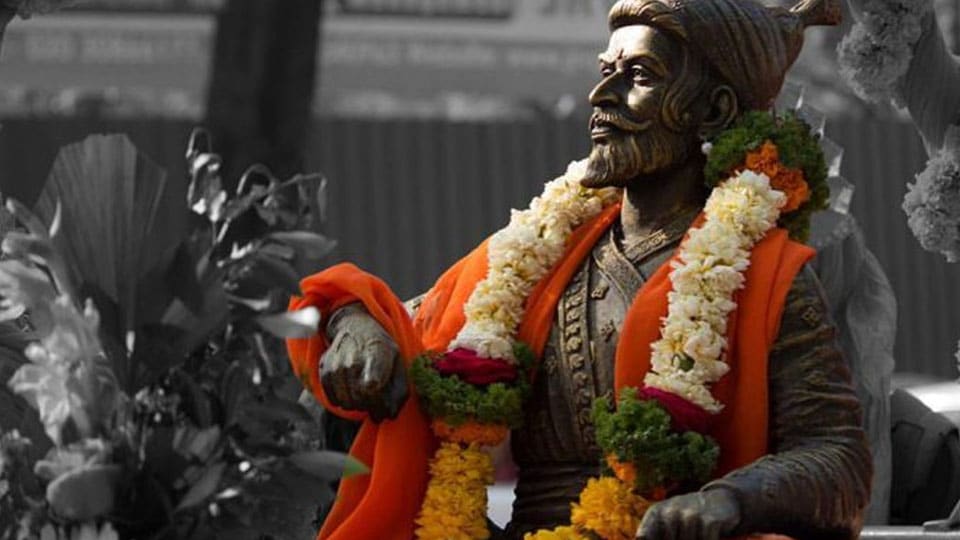 During my school days, there was a text book in Kannada about famous leaders and prophets of the world. Among them was Shivaji about whom my mother had told me in her own distinctive way — about Shivaji’s adventures in superlatives. Of his adventures, one was his escape from the prison of Aurangzeb in Agra.

At that time, I was given the impression that Aurangzeb defeated Shivaji in a war and put him in jail as a prisoner. It was only later, as a student of history in my graduate class, that I learnt it was not so.

While the armistice with the Mughal General Raja Jai Singh seemed to be working well despite the cold and reluctant letter of pardon from Aurangzeb to Shivaji, a surprise awaited Shivaji from Aurangzeb. Shivaji received a second letter phrased in a very different language. Before dealing with this letter here, let me dwell upon the court intrigues that were going on at Agra and the tales carried against Shivaji to Aurangzeb from the Emperor’s Palace clique of  Shayista Khan, his friends and supporters.

A seed of suspicion was planted in the mind of Emperor Aurangzeb by the discredited uncle Shayista Khan. Do you remember him? Yes. It was Shivaji who had chopped off his thumb and was the cause for his demotion and transfer as Governor to Bengal. Let it be. Because of Raja Jai Singh’s unquestionable loyalty to his master in the true spirit of a Rajput, it was absolutely possible for him to remain the Viceroy of Central India and Shivaji’s immediate superior as per the terms of agreement of peace and surrender. It was also expected that Shivaji would have continued to be loyal to the Emperor.

Unfortunately, as a case of serendipity, Aurangzeb who was by nature suspicious of his servants began to brood over the esteem in which a Hindu Raja Jai Singh held the former rebel a Hindu Shivaji.

READ ALSO  Devaraja Market and Lansdowne buildings: ‘To be or not to be’ dilemma faced by the authorities

Historian Dennis Kincaid writes, “Two Hindus together — it was natural that even for a Rajput however loyal to his sovereign, would  nevertheless be unduly lenient to a co-religionist.”

Aurangzeb was reminded by his uncle’s clique that Raja     Jai Singh was sent to crush Shivaji and conquer that territory and Forts stamping out Shivaji and his Maratha forces completely. But instead of that Raja Jai Singh had offered the rebels, Shivaji and his men, most favourable terms under the surrender agreement.

Aurangzeb began worrying about one important question nagging his mind: What guarantee was there that Shivaji would observe those terms of surrender? And worse, what was the guarantee that Shivaji might not win over Raja Jai Singh to his side and re-establish the Hindu Kingdom?

This was the immediate cause for Emperor Aurangzeb writing a second letter phrased in a very deceptive language. This was the most important letter which in fact laid the foundation stone for the establishment of Maratha Empire beginning with the formal coronation of Shivaji as Chhatrapati Shivaji Maharaj and  for the establishment of a Hindu Raj (Hindu Kingdom) in the face of the Mughal Empire and later British Empire.

Aurangzeb wrote, “You are at present serving in our imperial camp. In recognition of your services, a handsome dress and a pretty little jewelled sword are sent to you herewith.” The tone and tenor of the letter, apparently, was in a language of flattery. Aurangzeb continues in his own language of chicanery no doubt to trap Shivaji by using the words of the proverbial spider who invited the fly saying, “Come walk into my parlour.”

So Aurangzeb continues, “We have a high opinion of you. Therefore, we desire you to come here quickly and without loss of time. When we grant you audience, we shall receive you with great hospitality and soon grant you leave to return.”

As they say, the ‘mountain rat’ Shivaji indeed smelt a rat in this letter from Aurangzeb. Shivaji was in a dilemma. If he refused the Emperor’s invitation, he would be arrested and perhaps executed on some false charges, even of hostility. But, if he accepted the invitation and went to the Emperor’s court, he could be held as a prisoner, totally helpless being hundreds of miles away from his land and people. After all, Shivaji knew no one ever believed Aurangzeb to be a sincere person who kept his words.

In such a dilemma, Shivaji turned to his mother Jijabai for advice. Jijabai reflected deeply and then reluctantly counselled acceptance of the Emperor’s invitation.

Next, Shivaji consulted his boss Raja Jai Singh who understandably advised Shivaji to go to Mughal Court where he might be given a higher position in the service of the Mughal cause. However, Shivaji diffidently suggested, as if by a gut feeling or a premonition, that perhaps the invitation was a trap.

Hearing this from Shivaji, Raja Jai Singh offered his own son Ram Singh as a pledge (mortgage) for the good faith of the Emperor. At last, Shivaji consented.

Shivaji handed over his principality (Jahagir) and the territories won from the Bijapur Sultan to his mother to rule as a Regent in his place should he never return. He mounted his horse and set out on his long ride north to Agra where the imperial court was. Shivaji was flanked on one side by his young son Sambhaji and on the other side Raja Jai Singh’s son Ram Singh. Behind him was an escort of Maratha cavalry of 200 men, among them nobles from his court and soldiers. Thus Shivaji began his journey to Aurangzeb’s court at Agra to honour Aurangzeb’s second letter of invitation to him. Shivaji marches to Aurangzeb’s court like a king, Raja with all the pageant and spectacle.

ABRACADABRA Aurangzeb Chhatrapati Shivaji Maharaj K.B. Ganapathy
If someone needs you, be there and stay…
Rama Navami celebrated indoors in city