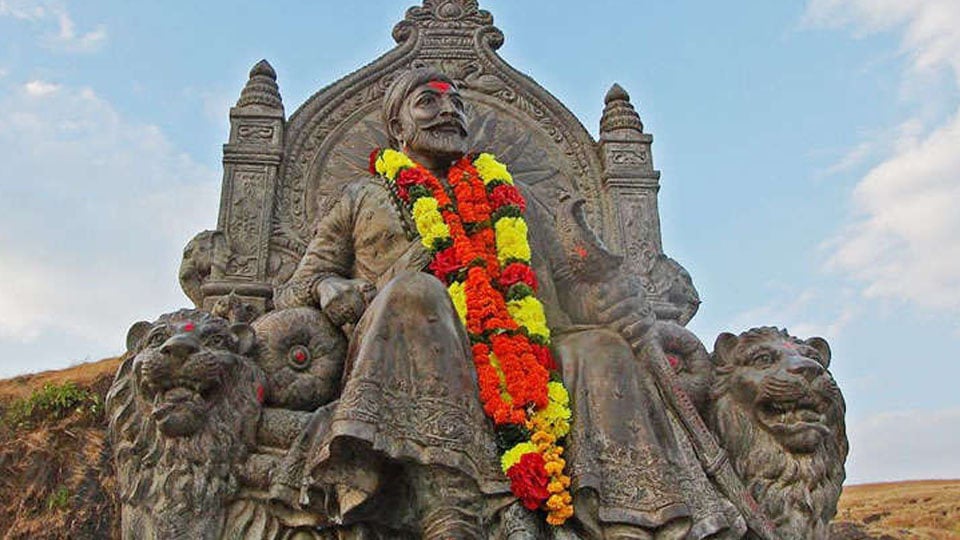 The city of Agra, where the imperial Mughal Court was at that time, resembled a country town where people had to sleep indoors even in hot weather for fear of thieves!

Some of the courtiers had their own Palaces at Agra while the most important nobles of the Court had their Palaces over-looking the river Yamuna. Raja Jai Singh at whose instance Shivaji decided to go to Agra also had a Palace, over-looking the river, named Jaipur House. It was to this house Raja Jai Singh’s son Ram Singh came on a May evening in the year 1666 with Shivaji as his guest to meet Aurangzeb.

To deviate a tad from the main narration about Shivaji, let me mention about two interesting episodes of that time at Agra, known for two practitioners of the most profitable professions — Astrology and Sorcery.

We know from history that Aurangzeb usurped the Mughal throne after imprisoning his father Shah Jahan. Agra was a prosperous city during the reign of Shah Jahan due to the large factories of Dutch and Armenian merchants. During the time of Akbar, considered the most secular Emperor, a large Jesuit Church was built in Agra. It was notable for its Bell Tower whose bells were audible all over the city. Unfortunately, as it turned out, for the more fanatic Muslims, it became a nuisance. They became exasperated and intolerant by this constant reminder of a foreign place of worship and petitioned to Emperor Shah Jahan for the demolition of the Bell Tower. The Emperor acted on the petition and the Bell Tower (campanile) was demolished.

READ ALSO  Is there a God? Ask Stephen Hawking

It is recorded that now the public celebration of Christian festivals, which in Jehangir’s time had included (time of Aurangzeb’s grandfather)  processions through the principal streets, was proscribed, prohibited.

The world knows Taj Mahal was the Tomb built by Shah Jahan for his Queen. A little away from Taj Mahal was the prison where Aurangzeb’s father, the deposed Emperor Shah Jahan, was imprisoned in the Jasmine Tower for seven years till his death being looked after by his favourite and devoted daughter Princess Jahanara. However, Aurangzeb was very close to his another sister Roshanara to whom the Emperor had his eyes and ears.

It was from the balcony of the Jasmine Tower the deposed Emperor Shah Jahan was gazing across the river at the white loveliness of the Taj Mahal built for his favourite wife Mumtaz Mahal who died on 17th June 1631 while delivering her 14th child. It is recorded that it had taken 20,000 labourers 22 years to build Taj Mahal. Be that as it may, the Italian Officer in Mughal service (you have heard his name earlier from me) Manucci has recorded an interesting incident that led to the death of one of the most Romantic Mughal Emperors Shah Jahan who was deposed by Aurangzeb and imprisoned.

According to him, Aurangzeb could not bring himself to order the execution of his own father in the prison. Therefore, he got his men to irritate his father in jail by ordering his guards to beat kettledrums and gongs continuously under his prison window and create such nuisance that would make Shah Jahan’s life miserable. This after various attempts to poison him failed.

Finally, according to the contemporary gossip, Shah Jahan’s death came about through his own vanity and not through Aurangzeb’s evil designs. According to Manucci, one morning when Shah Jahan was waxing his moustache in front of a mirror he saw in the glass two slave girls standing behind him. They were making   derisive remarks about Shah Jahan and mocking at his feeble virility. Being very sensitive about his sexual prowess, the old man was deeply disturbed.

He at once ordered large supply of aphrodisiacs. After talking an overdose of these, he fell into a deep stupor. He never recovered consciousness!