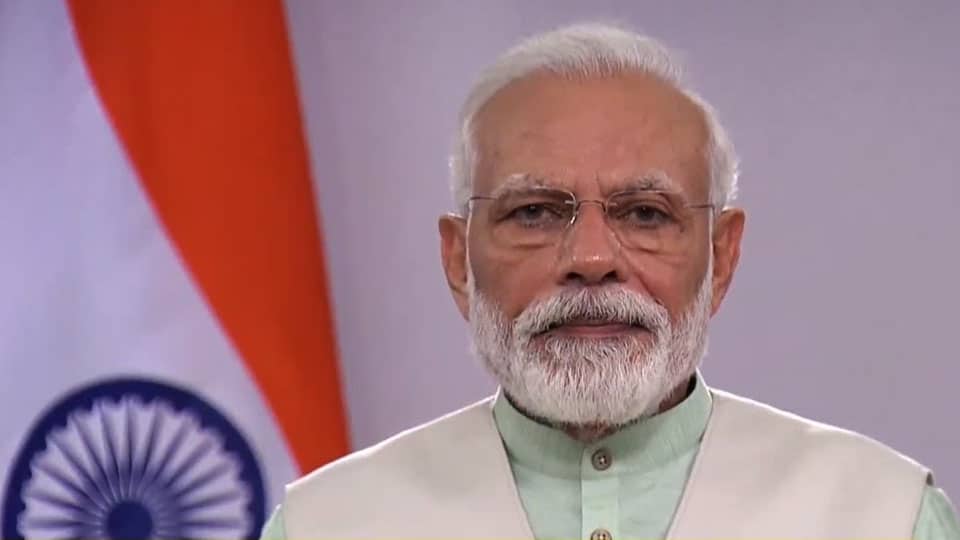 Lights out, lamps on… and the plan?

We have another request from our Prime Minister. First we clapped for 5 minutes at 5 o’ clock, next we have to light lamps for 9 minutes at 9 o’ clock. What next? May be, chant for 10 minutes at 10 o’ clock… for positive energy?

Indeed, collective acts of gratefulness and lighting lamps for solidarity do help in unifying and galvanising the country in times of crisis, but that alone is not enough to instil confidence in people.

There is angst and citizens would like to know where we are in this fight against the deadly virus. We want to know  if our healthcare workers or “Corona Warriors,” as the PM called them, have enough safety equipment?

We want to know how our healthcare workers, for whom the PM made us clap, are being protected from brainwashed people who have been attacking them? We wanted to hear our PM warn these religious fanatics with dire consequences for endangering the lives of fellow citizens and assaulting healthcare workers. This would have built confidence in the Corona Warriors — from a Police Constable to a Nurse.

In these social media-driven times of fake news we wanted clarity from our PM. We wanted to hear from our leader not from a fakir as Prasoon Joshi had called the PM.

When the Opposition criticised the PM’s speech, General V.K. Singh, now Politician V.K Singh, said the Opposition has to “grow up” and “co-operate at such a time!”

Well, may be unquestioned obedience works in the Army, but in a civilian democracy unquestioned obedience leads to a General leading a democracy instead of an elected Prime Minister. May be General V.K. Singh can have a quick peek to the West at our neighbour to get an idea. Of course, the General knows. He has dealt with them all his life. This is just blind defence!

We must support our Prime Minister and our Government in tragic times like these but what is wrong in asking our PM to tell us more? Would we have been so kind if Dr. Manmohan Singh had requested us to clap, then apologised for the problems and then asked us to light a lamp? Would we have not ripped the poor man apart by calling him names like “Mauna Mohan Singh,” a “Ventriloquist’s dummy” or “Madam’s puppet”? Yet when anyone questions the purpose of this weekly emotional atychaar we are asked to “grow up”!

Interestingly, during the PM’s first address, the 8 o’ clock address, some people ran out to get their Rs. 2,000 notes changed to a lower denomination fearing another demonetisation. But this time some thought we were having a blackout on April 5 !

But more importantly should we be worried about this “lights off, lamps on” exercise? Because a report dated March 27 published in ‘Mint’ a credible and reputed business newspaper quoted a Government official saying, “We have been able to manage the grid despite a sudden drop of electricity demand because of the lockdown.”

What he means is that since Industries, Agricultural activities and Businesses are shut, the power load has reduced by almost 70%! And when there is too much power and less usage, it leads to change in grid frequency that could lead to blackout.

But we guess the Government is capable of handling this and if we ask about this we will be asked to “grow up”. So, for now let’s follow the PM and light a lamp but let’s pray that people don’t go overboard and gather around a huge cut-out of Coronavirus and set it on fire like they do Ravan Dahan during Dasara.

Islam is being hijacked by fanatics. Most religions are. But most religions have self-critics. This is missing in Islam.

The ignorance and arrogance of members of Tablighi Jamaat has not only put the lives of Indians in danger but also embarrassed 200 million Indian Muslims and the Muslim community has to deplore it loudly.

Deflecting the issue saying, “What about crowds at certain Ram Navami celebrations?”, asking “What about people gathering in Vegetable Mandis?”  is dull and void, because as most liberals and Congressmen say, “Whataboutery is not an excuse.”

In a post-CAA India where any negative news about Muslims is being exploited to vilify the whole community, it is time the liberal Muslims took their place in representing Islam in India.

Just like how Hindus vehemently speak up against Hindu fanatics, Muslims need that liberal voice to be critical of its religion. In fact most articles critical of the BJP Government and most articles that are considered “anti-Hindu” are written by Hindus. From Historian Ramachandra Guha to Hindu Mythologist Devdutt Pattanaik. On the other hand where are the critical articles on Islam from Muslims or for that matter from “liberals”?

Also it is time Muslims stop Hindu liberals from hijacking their voice and speak for themselves. It is time to bust the myth that Muslims are incapable of being self-critical.

The liberal Muslim voices need to be heard now at a time when fanatics have ensnared the minds of poor Muslims into believing that prayers will cure Coronavirus and that doctors are devil’s hand-maidens. Muslims need to speak up in these times when there is an effort underway to portray them as a community that puts its religion above the nation and with this new Tablighi Jamaat mess, their religion even above life itself.

This reminds me of a passage from the book, Discovery of India, written by our first Prime Minister Jawaharlal Nehru between 1942 – 1946 when he was in jail. He wrote, “Religion at its worst is divisive and at best irrelevant to the pressing economic and social problems confronting the Indian nation.”

The first Prime Minister, who today is mocked by every other half-wit, ill-informed,  WhatsApp-educated, self-proclaimed patriot, who ignores the fact that this country today stands on the educational and industrial structure put in place by this man from IITs to ISRO, made this observation in his book, “We have to get rid of that narrowing religious outlook, that obsession with the supernatural and metaphysical speculations which come in the way of our understanding ourselves and the world. We have to come to grips with the present, this life, this world, and this nature which surrounds us in its infinite variety.

He then adds, “India must therefore lessen her religiosity and turn to Science. The religion of the orthodox Hindu is more concerned with what to eat and what not to eat, than with spiritual values. The Moslem has his own narrow codes and ceremonials which he religiously follows, forgetting the lesson of brotherhood which his religion taught him. His view of life is perhaps even more limited and sterile than the Hindu view.”

Well, nothing has changed since. Has it? As long as there is poverty, religion will be there to fill their minds with hope rather than their bellies with food. Unlike Corona that destroys our lungs, heart and liver, religion entraps our mind.

It seems, God gave us a brain and we have placed it at the foot of mere mortals, men of cloth who have created religion to justify their position as the middlemen between Man and God.

While religion is, has and still is the bane of human existence, the concept of God may have a purpose. Here I mean, the God who is a cosmic mystery not the worldly law-giver. The idea and belief in God can be comforting when you have no answers. Guess, one could say while Science can cure us, God can heal us.

Now, in these trying times may be we must all live by the advise of Marcus Aurelius, the Roman Emperor:

“Live a good life, and if there is a God and he is just, then he will not care how devout you have been but will welcome you based on the virtues you have lived by.

If there is a God, but he is unjust, then you should not want to worship such a God.

If there is no God, then, after you are gone… and if you had lived a noble life you will live on and on in the memories of your loved ones.”

Speaking of being gone…

Most of us have received many forwards about how earth is cleansing itself as we, humans, are the real virus that is killing planet earth etc. This reminded me of an act by the famed Stand-Up Comedian and Author, George Carlin, which he performed in 1992. It was titled “Jamming in New York” and I thought I would share a small part of that act where Carlin speaks of earth and humans. Here it is:

“The planet has been through a lot worse than us. Been through earthquakes, volcanoes, plate tectonics, continental drift, solar flares, sun spots, magnetic storms, magnetic reversal of the poles … hundreds of thousands of years of bombardment by comets and asteroids and meteors, worldwide floods, tidal waves, worldwide fires, erosion, cosmic rays, recurring ice ages…The planet isn’t going any where. WE are!

Well, it feels like the shaking has begun indeed. And shaken we are.

In 1847, an Austrian Obstetrician from Vienna named Ignaz Semmelweis, published evidence that when doctors washed their hands before examining or treating patients, the mortality rate for women in his Hospital’s birthing ward was greatly reduced.

Ignaz could not explain why hand-washing was effective — he didn’t know about germs. He just observed that it worked and that patients no longer caught fevers and other diseases. He then tried to spread the word to other doctors and Hospitals but no one listened and patients continued to die.

Finally, in 1865, after 18 years of propagating hand-washing in Hospitals, Ignaz became clinically depressed as his work was not only rejected but also mocked at even though he proved, at least mathematically, that significantly less women and patients were dying in his Hospital compared to other Hospitals.

People portrayed him as being a crazy doctor and one day he was lured into visiting a mental asylum where a few doctors had planned to have him locked up.

Realising it was a trap, Ignaz tried to get out. He ran for his life and sanity. But he was caught, held down and beaten badly by the asylum guards. He was then placed in a straight jacket and locked up. He died two weeks later from injuries he suffered during the beating.

With crazy Ignaz gone, his Hospital was taken over by another Hospital and they ran it according to their old protocols. Soaps were gone. Hand-washing was no more mandatory. Soon enough, mortality rates increased by six fold within a few months, but nobody cared. If only they had just tried what Dr. Ignaz had suggested instead of calling him crazy, lives would have been saved.

This Ignaz story reminds me of what Nobel Laureate and the Greatest Theoretical Physicist of our time, Stephen Hawking, said:

“The thing about smart people is that they seem like crazy people to dumb people.”