Home » Columns » If someone needs you, be there and stay… 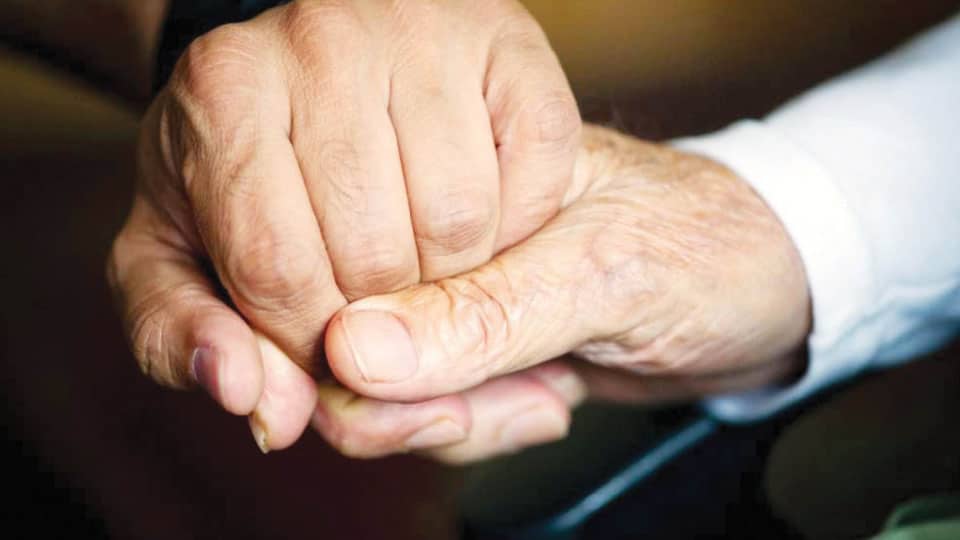 If someone needs you, be there and stay…

A human interest story: The on-duty Nurse took the anxious young Army Major to the bedside.

“Your son is here,” she said softly, to the old man lying on the bed.

She had to repeat the words several times before the patient opened his eyes.

Heavily sedated because of the pain of his heart attack, he dimly saw the young uniformed Major standing outside the oxygen tent

He reached out his hand.

The Major wrapped his toughened fingers around the old man’s fingers, squeezing a message of love and encouragement

The Nurse, observing the touching moments, brought a chair so that the Major could sit beside the bed.

All through the night, the young Major sat there in the poorly lit ward, holding the old man’s hand and offering him words of love and strength. Occasionally, the Nurse suggested that the Officer rest a while.

Whenever the Nurse came  into the ward, he was oblivious of her and of the night. Noises of the hospital — the clinking  of the oxygen tank, the laughter of the night staff members exchanging greetings, the cries and moans of the patients…

Now and then, she heard him say a few gentle words.

The dying man said nothing, only held tightly to his son all through the night.

At dawn, the old man died, the Major released the now lifeless hand he had been holding and went to tell the Nurse.

While she did what she had to do, he waited.

READ ALSO  A sauna of wisdom, the need of the hour

Finally, she returned and started to offer words of sympathy, but the Major interrupted her.

The Nurse was startled. “He was your father,” she answered.

No, he was not, the Major replied, I never saw him before in my life.

Then why did you not say something when I took you to him ?

I knew right away there had been a mistake, but I also knew he needed his son and his son just was not here !

The Nurse listened on, confused.

When I realised that he was too sick to tell whether or not I was his son knowing how much he needed me, I stayed.

So then what was the purpose of your visit, at the hospital, Sir? the Nurse queried of him.

I came here tonight to find Mr. Vikram Salaria. His son was killed in J&K last night and I was sent to inform him.

“But the man whose hand you kept holding whole night was Mr. Vikram Salaria,” the Nurse said.

They stood in complete silence; there could not be anything more  comforting for a dying man than his son’s hand.

Moral of this story: When someone needs you, just be there and stay.

You must be wondering why I am writing this story which has been doing the rounds on WhatsApp for more than a year now. Simple. Humans have a very short memory. So certain things  have to be told again and again and again to ensure that they remain fresh in our minds.

To conclude, in this time of Corona crisis, it is important for all of us to keep this moral in our hearts. “When someone needs you, just be there and  stay.”

Mysuru relatively is better off than most of the other worst hit cities except the Nanjangud  cluster. Let us fight this virus and win over it. In this time of crisis one never knows who requires help, financial or emotional.  Let us be one and give it. Do you agree?