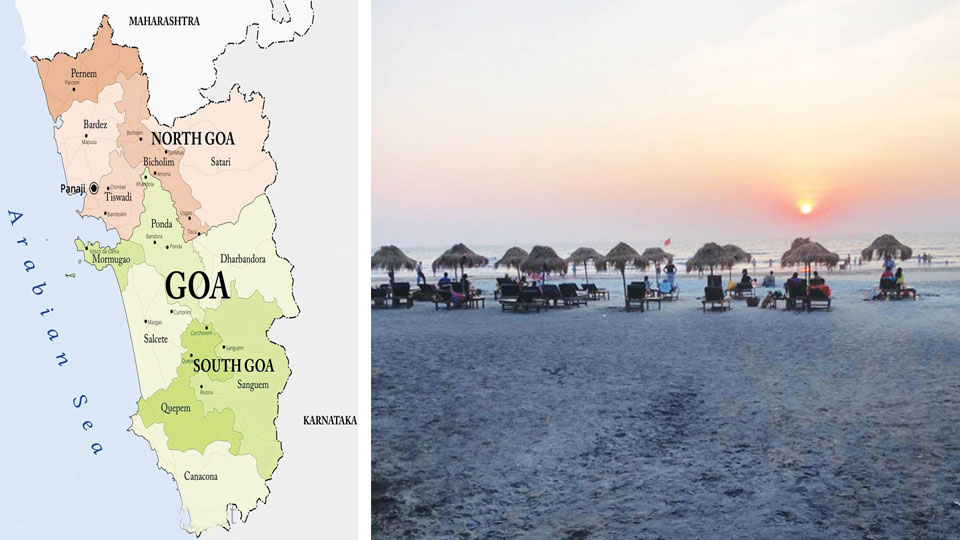 The rise of Mr. Rishi  Sunak, the Hindu British citizen of Indian-origin, rising to the dizzy height as the Prime Minister of England at an young age of 42, has many lessons for the voters of the democratic world.

Be that as it may. I wish to have our elected representatives also to be young and energetic so that they will have the verve and vigour to run-around, meet the people of consequence in the Government and contribute physically in a visible manner to their respective constituencies. I have been seeing in my Parliamentary constituency, for the last over 45 years, elected representatives belonging to different political parties. But, it is only when the incumbent MP (Member of Parliament) Mr. Pratap Simha got elected first time in 2014 at the age of 38 and for the second time in 2019 at the age of 43 that I began to see perceptible change in an MP’s contribution to his constituency. The list is too big, but I must thank him for bringing aeroplanes to our Mysore Airport in Mandakalli which was a mere apology of an airport all these past years. It was he and he alone who revived the airport by aggressively pursuing the need with the authorities in Delhi.

READ ALSO  Pep-talk and a Selfie with Ambareesh

I ruminate about it because but for the air-connectivity to Goa from Mysuru it would not have been possible for me to spend my Deepavali festival in Goa with my family, specially with grandchildren. After all, children love sun, sand and sea. And Goa in India is world famous as a tourist destination. Thank you Mr. Pratap Simha.

Kolkata was once called city of joy because of its unfettered freedom in areas of culture, tradition, literature, food and even celebration of festivals. It was a city that would charm you despite its slums, scums and prevailing poverty. A similar epithet can be given to Goa, which is not a city but a coastal land mass, a small State of our country to the South-West, with many beaches sought after by the locals and the tourists.

Portuguese ruled Goa for over 456 years (1505-1961), longer than the British ruled India or the French ruled Puducherry. Therefore, we can see the vestiges of Portugal houses, churches and grave yards throughout Goa. Some old people still reminiscence the days of Portuguese rule which was no doubt iron-fisted. Wonder why India waited for 14 years after independence to liberate Goa (1961) while our freedom fighters became martyrs.

For tourists who are not of five-star culture and financial status, the choice of accommodation to suit their budget is easily available. Being a Coastal State, fish items of variety, from Prawns to Lobsters, are staple delicacy. There are houses and spacious bungalows with old-world charm for large families or even two families to stay comfortably with in-house kitchen service and servants. Indeed, a home away from home.

Being a coastal area, the temperature is humid and hot with unpredictable rains that pour and disappear. People talk of North Goa and South Goa. Roads are narrow but good motorable. Across the river and the backwater, new, high-rise modern bridges are spanning the watery divide, adding to a traveller’s visual delight.

There are many beaches and are maintained clean and neat despite the tourist rush. To me these beach-addicts, scantily dressed, white and the mixed groups, looked like amphibious creatures as I watched them from my restaurant chair sipping beer and relishing fish delicacies. Watching the sunset, from the beach, at the far-end of the sea is a divine experience. Was the sun committing suicide by plunging into the sea at the distant horizon, beyond the reach of those who are on the beach willing to help?

Blood is thicker than water is as old an adage as mankind itself. Which is why we in India and Indians all over the world felt so excited and thrilled when Mr. Rishi Sunak of Indian-origin became the Prime Minister of England the other day. Like-wise, I was delighted to find our Mysuru Hoteliers of Siddharta Group, with Olive Garden and Windflower Resorts here and elsewhere, Mr. P.V. Giri and his son Tarun Giri, making their presence in South Goa with a beautiful five-star Beach Resort known as “Varca Le Palms.”

I am told there are about 18 best beaches in Goa patronised by the locals and tourists.

3 COMMENTS ON THIS POST To “Deepavali escapade to Goa —1”