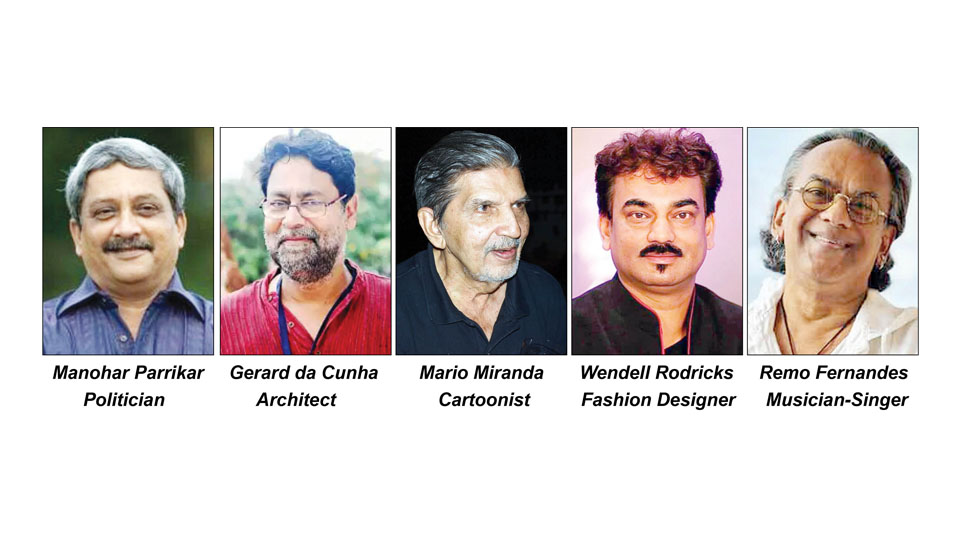 Goa beaches have an amalgam of names in Portuguese, English and in Marathi because of dominant Marathi influence and may be Konkani local lingua. It is surprising that though Goa has longest border with Karnataka, it is less influenced by Kannada ethos than Marathi. The names of beaches are tongue-twisters for me. Some beaches are famous like Calangute beach, Candolim beach, Ashwem beach, etc. and preferred by the tourists for their own reasons.

Goa was known to me in early days as Portuguese Colony bordering Karnataka, known for its local alcoholic brew, made of cashew or coconut, Fenny and red Port Wine. However, youngsters in the 1950s, 60s and after dreamed of visiting Goa because of its notoriety as the Paradise of Hippies — always high on drugs, rolling on the sands and singing, strumming the guitar, entering and exiting the rolling waves of the Arabian Sea all along the beach — of course, in beach clothes or no clothes. Sunning and tanning their white skin to the delight of the egregious Indian tourists looking at the sensual happenings with popping eyes wonderstruck; could be deriving vicarious pleasure being not liberated as the Hippies and white tourists. Let it be.

As for politicians in recent years, I remember one famous name that of Mr. Manohar Parrikar said to be well-educated with an IIT under his belt who was the BJP Chief Minister and later became Defence Minister under Narendra Modi, Prime Minister. Sadly, he died young due to illness. I saw his name being engraved on a stone plaque and embedded on the entrance wall of the renovated Reis Magos Fort which pre-dates another famous Portuguese fort known as Fort Aguada, a favourite of film producers. More on this later.

There are another four famous men from Goa whose names are synonymous with Goa. One is Gerard da Cunha, an Indian architect based in Goa. Needless to say he was a recipient of many honours and awards, including Padma Shri and Prime Minister’s Award for Excellence in Urban Planning.

I visited a museum built by him known as ‘Houses of Goa’ which tells the story of Indo-Portuguese domestic architecture. A quaint-looking building (see picture) close to his office and a play school for children also built by him adjacent to these buildings. He was celebrated for his use of traditional methods and local materials in construction and therefore I was not surprised to see laterite blocks and stones, brown and red in colour, being used extensively in all these buildings. Honestly, I was not impressed, for all the name and fame as India’s No. 1 architect of his days.

He seemed to have had a colourful, fast-paced life as an architect in search of new and different. He went to Kerala and worked closely with the world-renowned architect Laurie Baker. He was briefly married to the Booker Prize winning author Arundhati Roy. He had worked on several projects as an architect across India including the path-breaking architectural creation for famous Odissi dancer Protima Bedi, the Nrityagram Dance Village near Bengaluru.

It was Gerard da Cunha who restored the oldest fort in Goa, Reis Magos Fort, which was in ruins. As I mentioned earlier, he won wide acclaim for the quaint-looking triangular ship-like building made of laterite stones called “Houses of Goa” museum.

Another name that comes to my mind immediately as a journalist when I think of Goa is that of Mario Miranda. He was a cartoonist and a painter. He became famous working for Times of India Group, specially for his distinctive kind of sketches and drawings, done for The Illustrated Weekly of India (now defunct). A sample is given here. His full name seems to compete with some of the South Indian names that are too long, a tongue-twister and also a mind-teaser. Popularly known as Mario, his full name is, hold your breath in case you venture to pronounce it aloud, Mario Joao Carlos do Rosario de Brito Miranda ComIH. He died at the age of 85 in 2011. Interestingly, but not surprisingly, Miranda was born in Daman, then in Portuguese India, to Catholic parents of Brahmin-origin and his family surname was Sardesai. Hope, no relation of that famous cricketer Dilip Sardesai and his equally famous son journalist, author and the controversial TV anchor Rajdeep Sardesai! While in Bombay my friend, journalist Colin D’Souza and I used to enjoy Mario’s creation Miss Nimbu Pani with sumptuous, immense bomb-like boobs.

As expected he too was honoured with many awards including Padma Shri and later posthumously Padma Vibhushan. A Portuguese National Order of Knighthood too was bestowed upon him.

A visit to Mario Gallery, a few steps away from ‘Houses of Goa’ museum was inevitable specially for me. As could be expected it was full of Mario’s works and memorabilia for those interested to take home. A simple, unimpressive building houses this gallery. Mario’s works are unique, rich with subtle humour and even sarcasm, a comment or critique on our social and political fads and foibles. His art and craft are distinctively different from all others of his persuasion. A genius, well-remembered by the works he has left behind.

Another name is that of Wendell Rodricks, the Indian fashion designer and author. He was also a famous activist for social causes, including that of gays, himself being one.

He began his career in fashion in a big way by designing for big names like Garden Vareli, Lakme Cosmetics and De Beers. Indeed a vertical take off and never looked back. He was a recipient of Padma Shri award and other awards related to arts and letter.

So we have savoured the lives of a Goan politician, architect, cartoonist and fashion designer. Now let me savour the life and work of another famous son of Goa. Remo Fernandes, the great musician and singer. He is known as a pioneer of Indian Pop Music. Somewhere he had said, that he had “realised that God is beyond religion.” I admired him for this one honest statement because I always felt the religions are like prisons where God is imprisoned! God is beyond this prison called religion. Thank you Remo.

It seems he became more famous when he was invited to sing at an official function in Goa for Prime Minister Rajiv Gandhi during his visit. The song was titled, “Hello Rajiv Gandhi”! He also sang that famous song “Humma Humma…” of Director Mani Ratnam’s film ‘Bombay’ composed by A.R. Rahman.

Great sons of Goa, who added flavour to Goa making it more inviting.