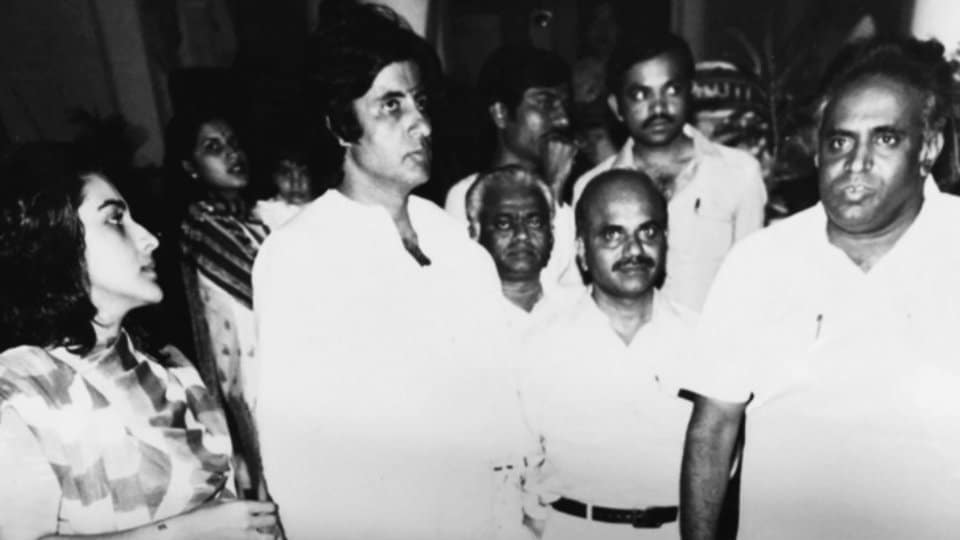 T.J.S. George’s column on Amitabh Bachchan in Star of Mysore recently took my memory back over 30 years ago, when the actor was in Mysuru, for a film shooting.

If my memory serves me right, it was in 1985 for the film ‘Mard’ with Amrita Singh at Hotel Lalitha Mahal and our Information Department had to give permission for shooting there. Hence, I was in touch with their film unit.

During that period M. Raghupathy, who was our Minister and close to Amitabh, wanted me to take him around the Brindavan Gardens at KRS. His wife Jaya Bhaduri had also come with him to Mysuru and I was supposed to accompany the couple. But in the last minute she couldn’t join him for the visit. But what happened in between was quite interesting. 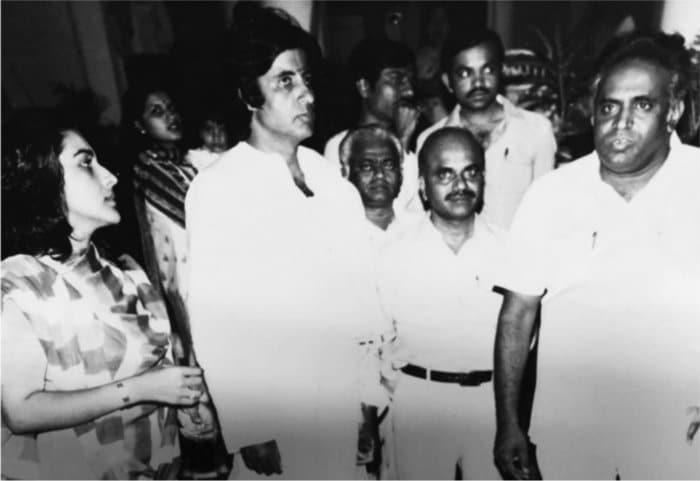 A file photo of Amitabh Bachchan and Amrita Singh at KRS with Minister Raghupathy and K.Vijaya Kumar (in the middle).

Amitabh Bachchan was busy with the shooting till late in the evening and I did not want to disturb him about the visit. Hence I met Jaya Bhaduri and gave my residence number to call me as soon they were ready.  As I was returning home, I received a message that Amitabh Bachchan was ready and waiting for me.

I rushed to him without going home. Meanwhile, Jaya Bhaduri had telephoned my home to inform that she was not able to join for the visit, as she had to take care of her accompanying children.

My wife who was not aware of anything about this was surprised beyond belief to receive a call from an actress like Jaya Bhaduri with that message. She could not contact me and had to wait for my return with quite an amusement!

A couple of hours I spent with Amitabh Bachchan was revealing to know his fine inner qualities. Hence, I agree with T.J.S. George in describing Amitabh who has earned mass appeal with respect. Minister Raghupathy also joined him at KRS and spent some time before returning to Bengaluru.