Home » Voice of The Reader » Replace these damaged plastic lane-dividers 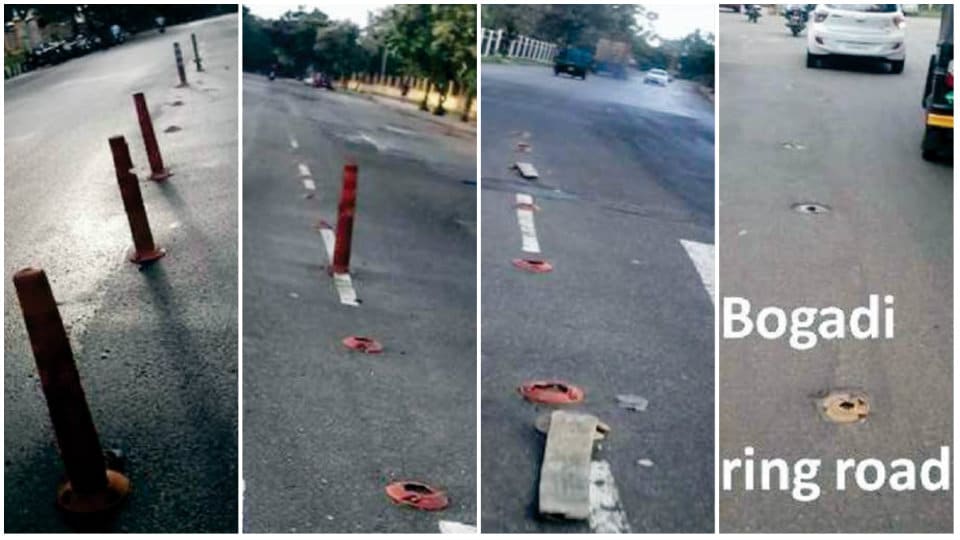 Sometime back plastic lane- dividers were fixed on city roads to have a smooth flow of traffic by not blocking the other side of the road and to inculcate lane discipline in vehicle-users. They occupy less space and unlike concrete blocks have better safety to the road-users in the event of crash.

However, most of these plastic posts have been damaged due to the careless driving (as it is government property) by some of the drivers and at many places only the nut and bolts remain on the road (see photo).

Absence of road-dividers is causing a lot of hardship to the vehicles coming in the opposite direction as many are trying to form even third lane on their side while waiting for green signal. Lack of patience and the tendency of being first in the lane are the main reasons for the occupation of maximum space on the road in one direction.

As the city is expected to witness heavy rush of vehicles due to the extended holidays during Dasara period, it is requested that officials concerned may consider erecting new set of plastic lane-dividers, especially in narrow roads like at Kautilya Circle which is choked with heavy traffic during Dasara.

All vehicle-users are also requested to drive carefully not to damage these dividers, which help in regulating the traffic at the cross roads.

Voice of The Reader
Mysore University lacks comprehensive booklet on all its departments: Prof. Naganna
Insurgency by indigenous intelligentsia