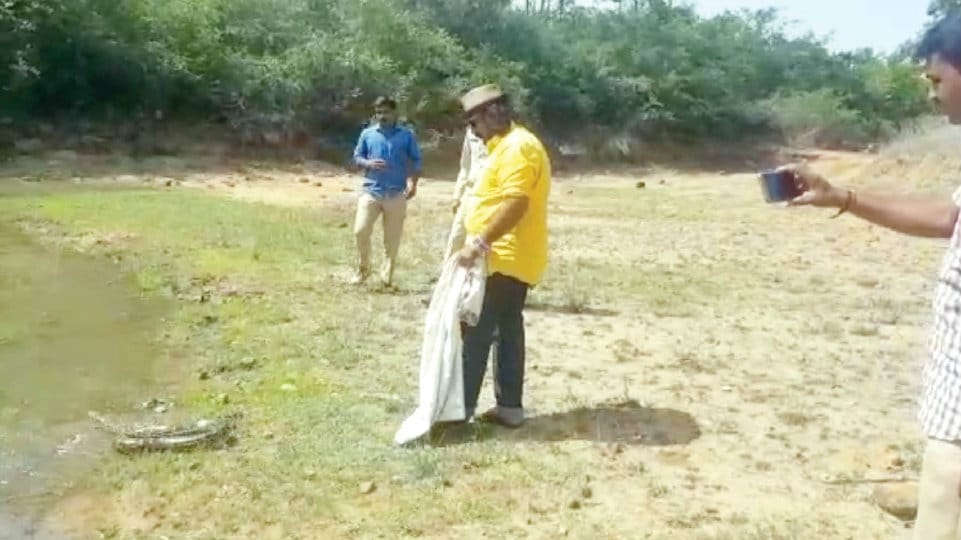 City’s well-known snake rescuer Snake Shyam, who had caught an 8ft. long python at the DL testing track in RTO East near the Ring Road on Saturday night, released it near the Lake in Arabithittu Forest area yesterday.