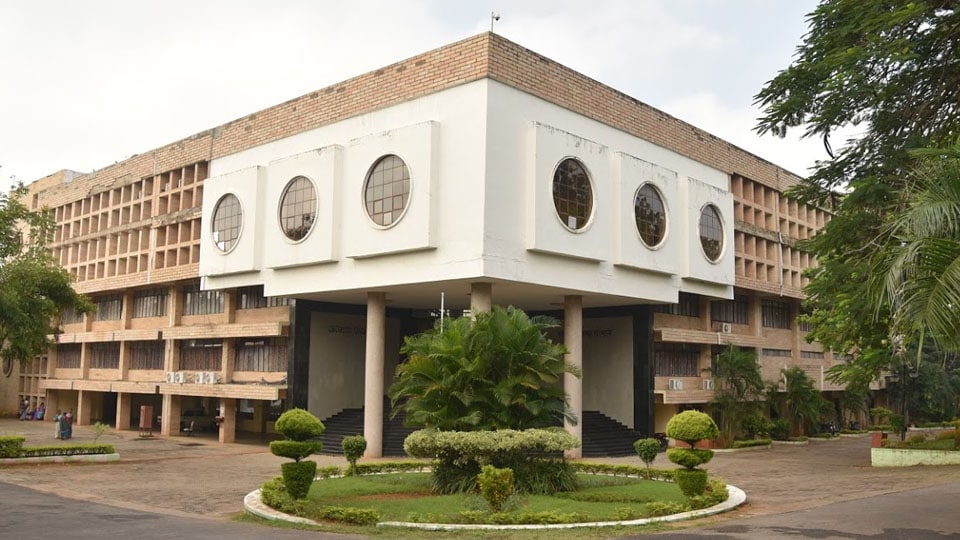 Mysore/Mysuru: The issue of granting full autonomy to Centre of Excellence for Studies in Classical Kannada (CESCK) in Mysuru, housed at Central Institute of Indian Languages (CIIL), has once again gained traction with prominent Kannada writers and activists meeting Chamundeshwari MLA G.T. Devegowda urging him to strive towards retaining the original form of CESCK and also press for autonomy.

The delegation, under the umbrella Classical Kannada Autonomy Action Committee, met the MLA recently with a list of demands.

The delegation was led by social activist P. Mallesh. They apprised the MLA about the willingness of University of Mysore (UoM) to grant four-acre land and infrastructure to set up the Classical Kannada Centre. But the policies of the Central Government have threatened the very existence of the prestigious Centre, they claimed.

The activists told the MLA that the CESCK was established in Mysuru after much struggle by Kannada writers and activists and the struggle will continue till full autonomy.

They alleged that the Union Government has planned to convert CESCK into a text book wing of National Council of Educational Research and Training (NCERT).

There is also a move by the Centre to convert CIIL into a linguistic University and bring CESCK under it as a small division, denying individuality and autonomy to Kannada language, they claimed.

Mentioning that Tamil Nadu MLAs and MPs relentlessly fight for Tamil language, Cauvery waters and other issues concerning that State in Parliament and outside, the activists alleged that elected representatives from Karnataka do not raise their voice against CentralGovernment’s policies.

The delegation urged the MLA to raise voice against such a move that threatens the existence of CESCK.

“If our MPs and MLAs speak at relevant forums regarding issues that are harming the Kannada language, the Centre will listen to them and such policies would not have been made,” the activists said.

They pointed out that members of Project Management Board of CIIL and the Chairman of Kannada Development Authority had opposed the moves by the Central Government.

Drawing the attention of the MLA, the writers said that it is a matter of pride that CESCK has completed 10 years of successful functioning in Mysuru.

“The Central Institute for Classical Tamil has secured autonomous status within years of the language being accorded classical status and it has grown by leaps and bounds. Also, the Central Institute for Classical Telugu was shifted to Nellore from Mysuru and is getting all the funding while unfortunately there is a delay in according autonomy to CESCK,” they stated and added that political pressure must be built to save CESCK from being irrelevant.

The same delegation met Chamarajanagar MP V. Sreenivasa Prasad in Mysuru yesterday and submitted a memorandum urging him to exert pressure on the Centre to retain the original form of CESCK and also grant autonomy. They told the MP that the State Government was neglecting the ClassicalKannada Centre.

Speaking to the delegation, Sreenivasa Prasad said that the State Government needs will power to fight for its rights and must learn from Tamil Nadu Government. He said that he would do the needful on the issue.