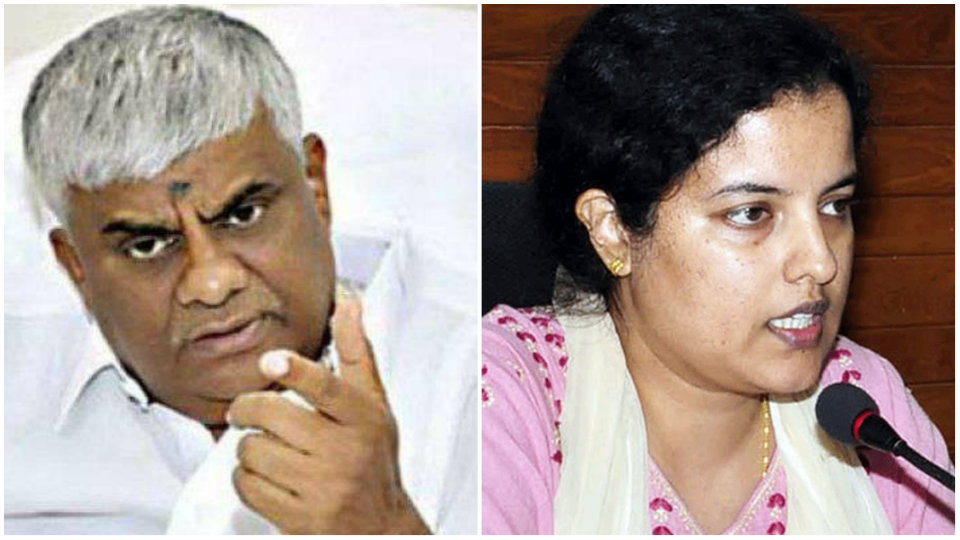 Hassan:  Accusing Hassan DC Priyanka Mary Francis of ‘working in favour of BJP,’ PWD Minister H.D. Revanna has urged the Election Commission to transfer her from the district to ensure free and fair counting of votes scheduled on May 23.

Addressing a press conference here yesterday, Revanna, whose son Prajwal Revanna is contesting as the Coalition Candidate on a JD(S) ticket from Hassan LS seat, alleged that Priyanka Mary Francis was working as an agent of the BJP.

Wondering why the DC allowed the complaint by BJP poll agents on Apr.24, six days after the polling was held on Apr.18, Revanna alleged that the DC, who inquired into the complaints, did not give a hearing to JD(S) agents during the inquiry.

Revanna also alleged that the previous DC Rohini Sindhuri had been in touch with Mary Francis and she had been ‘instructing’ her on the decisions.

Further alleging that Mary Francis never took action against poll agents despite repeated complaints, he said that he would write to the Election Commission against the DC.

Refuting allegations that he remained inside the booth for a long time, Revanna said that he stood for a few minutes waiting for his wife Bhavani.