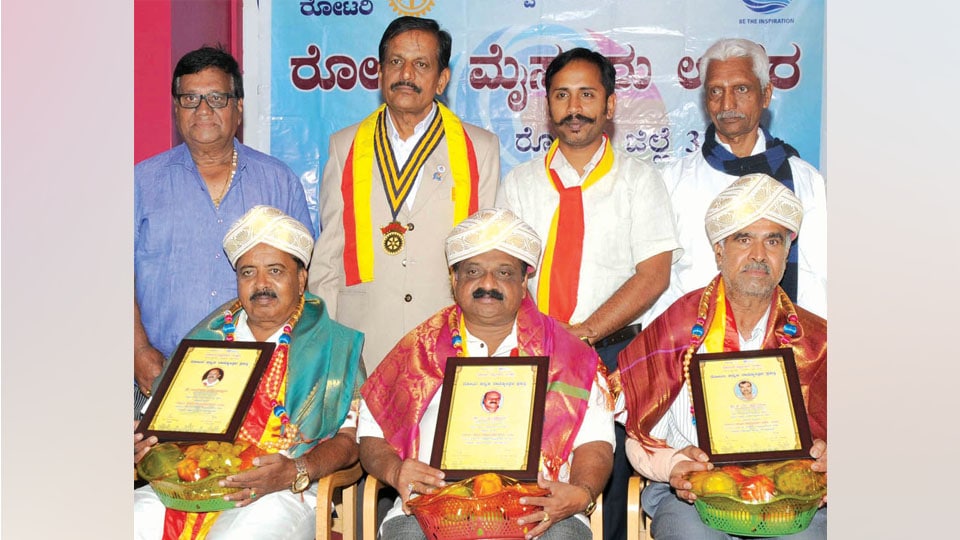 Speaking after receiving the award, M. Chandrashekar expressed concern over dwindling population of Kannada-speaking people in Bengaluru. Bemoaning that the love for English language has pervaded into rural areas as well, he said that love for English has threatened the very existence of Kannada language.