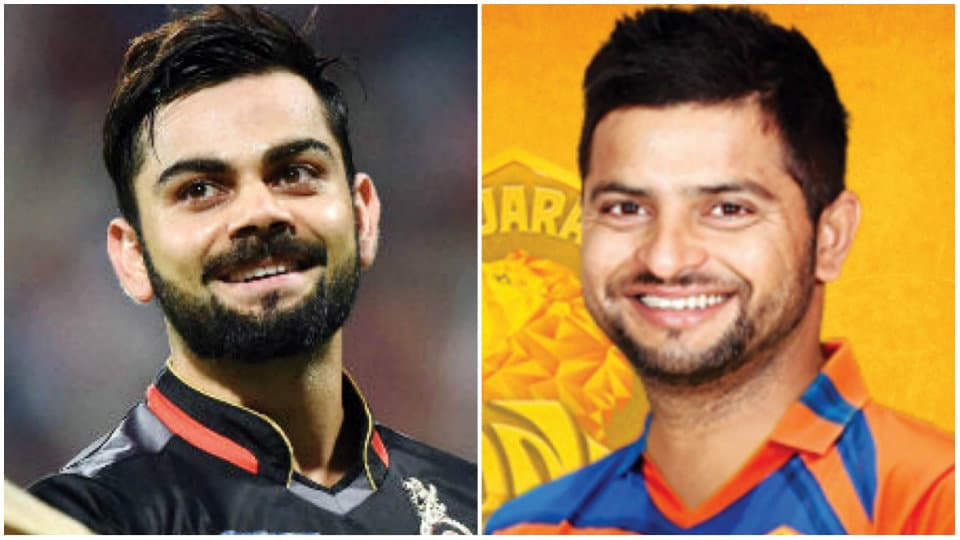 The Gujarat Lions and Royal Challengers Bangalore occupied the first and second places respectively at the end of the league season in 2016. A year later, they are bunched together yet again, but at the other end of the table; the Lions occupy seventh place in the eight-team table, while RCB occupy the floor. The Lions have one win from their first four matches, while RCB have a solitary win from five outings so far this season.

The Gujarat Lions clearly prefer chasing and their only win this season was when they had the opportunity to chase. What should concern Coach Brad Hodge and the rest of the Lions team management is that no matter all the riches in the batting department, the bowlers have failed to defend reasonable totals; the Lions have lost matches despite posting 183, 135 and 176.

RCB need to find something that can light the ignition and get them going. The team motto is “Play Bold”; but in the last match against Rising Pune Supergiant, the batsmen – especially in the middle order – were far from bold. The team has now lost three on the bounce and appears confused about the combination they want to work with.

They have used 19 different players so far and have fielded a different opening pair in each of their five matches. The team is not being helped by the fact that their overseas all-rounder, Shane Watson, has not done anything of note with bat and ball; the Australian may have a very impressive record in international cricket and in the IPL over the years, but so far this season he has scored at less than a run-a-ball and has leaked runs at 10.30 runs per over. RCB are better off keeping Virat Kohli, Chris Gayle and AB de Villiers in the top three, and hope Kedar Jadhav can fill the role played by K.L. Rahul last season.

On the bowling front, the spinners will possibly have a role to play; Yuzvendra Chahal, Samuel Badree and Ravindra Jadeja will have the difficult task of keeping the batsmen quiet.

AB de Villiers’ struggles against left-arm spinners are well documented. In this match, the South African will come across one of the canniest bowlers in the world, Ravindra Jadeja. The contest between de Villiers, who has so far scored 8 runs off 16 deliveries against left-arm sinners this season, and Jadeja promises to be exciting.