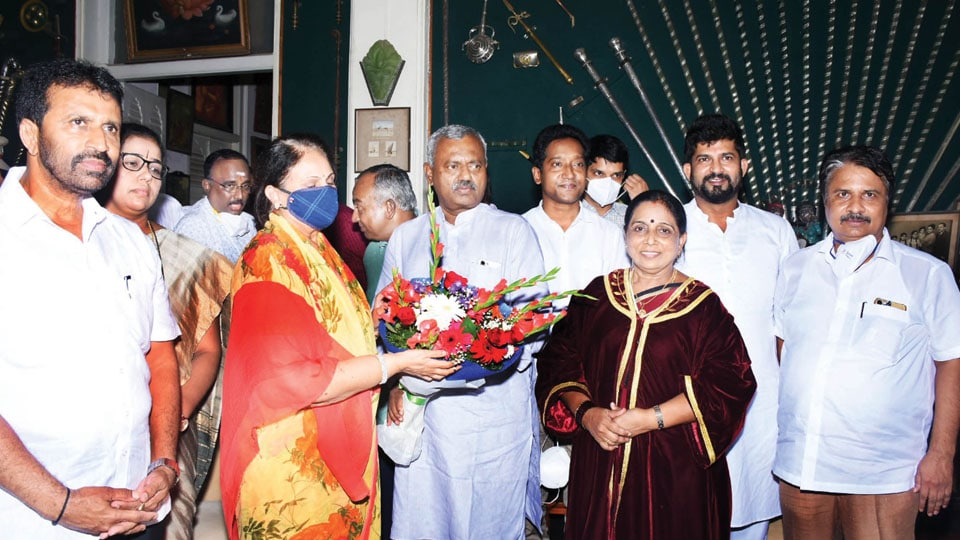 Pramoda Devi Wadiyar, who accepted the invitation, promised all cooperation to the festival.

The Minister later told reporters that the tradition of inviting the royal family to Dasara dates back to decades. “We sought Pramoda Devi Wadiyar’s cooperation and she also reciprocated in equal measure. She also sought hassle-free cooperation for Palace events. We have also promised to extend full cooperation,” said Somashekar.

Yesterday, Chief Secretary P. Ravikumar issued an order permitting only 100 people on the inaugural festivities atop Chamundi Hill. However, Tushar Girinath, Principal Secretary and Member Secretary, Karnataka State Disaster Management Authority, said in an order issued in the evening that 400 people are allowed for inauguration.

2 COMMENTS ON THIS POST To “Royal family invited for Dasara”