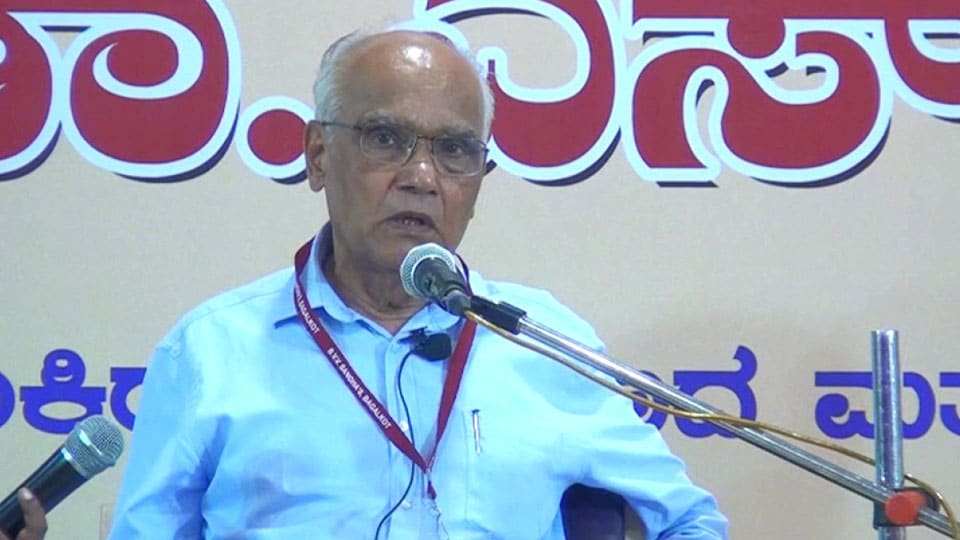 He was in Kollegal on Friday to accept Manasa Award’ conferred on him. Speaking to press persons on the occasion, Dr. Bhyrappa regretted that the accused have not scared of getting punished in our present system.

Citing instances where criminal cases have been dragged in Courts from 15 to 25 years, Dr. Bhyrappa observed that such a long trial had little impact on the accused, who are increasingly getting unafraid of the Law of the land.

Stating that our justice system should be revamped that justice prevails in a short span of time, the veteran writer demanded stringent punishment to all the accused in the case, which had taken the lives of 16 people so far.

He also regretted the debate going on whether the prasadam offered at temples should be checked before distribution among devotees.