Home » News » S.M. Krishna to campaign for Sumalatha on Apr. 4 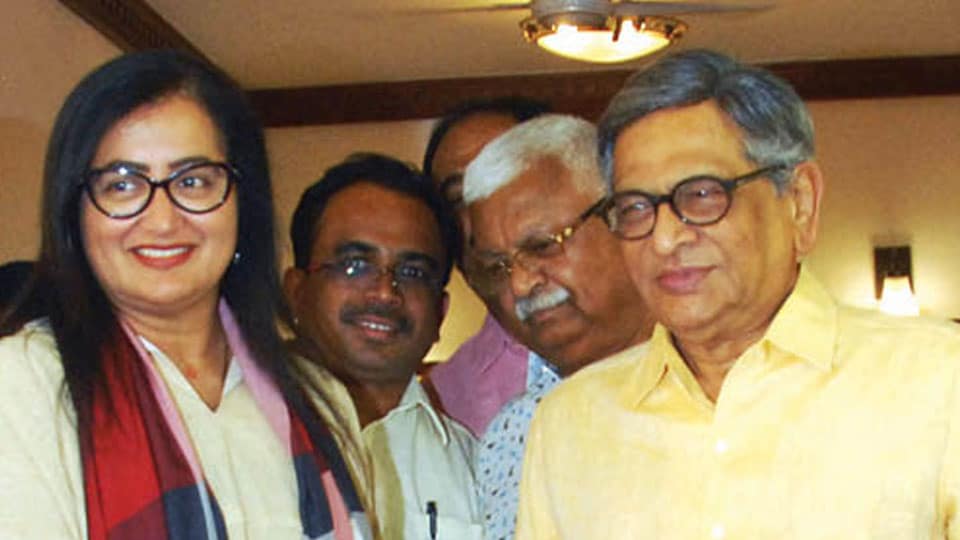 S.M. Krishna to campaign for Sumalatha on Apr. 4

Bengaluru: Former External Affairs Minister S.M. Krishna, who was silent during election to Karnataka Legislative Assembly in 2013, has decided to campaign for BJP candidates in Hassan, Mandya and Tumakuru. Yesterday he said in Bengaluru that he will campaign for independent candidate Sumalatha Ambarish in Mandya on Apr. 4.

Canvassing for Union Minister D.V. Sadananda Gowda at an apartment in Bengaluru, Krishna said, “I will be campaigning for Sumalatha on Apr. 4. Other meetings will be decided by the party,” he said.

The BJP is betting on Krishna to bring votes for Sumalatha in the Vokkaliga-dominated Mandya Constituency. BJP has not fielded its candidate and has decided to support her candidature and Krishna is said to be among the leaders who convinced the BJP Central leaders not to field a candidate in Mandya and support Sumalatha, sources said.

This was for the first time Krishna, after joining BJP, was becoming active and undertaking campaigning. Krishna said people will set the path for India’s growth by voting for BJP. He said the Opposition parties have no leader to throw a challenge to Prime Minister Narendra Modi.

“The Mahagathbandan has failed. Such a disparate group of parties, even if they come to power, won’t be able to provide a stable government,” he added. He said allegations against Modi were made without any merit “as in the case of Rafale deal” which even the Opposition has forgotten now. Last five years have been characterised by the taintless administration of Modi.