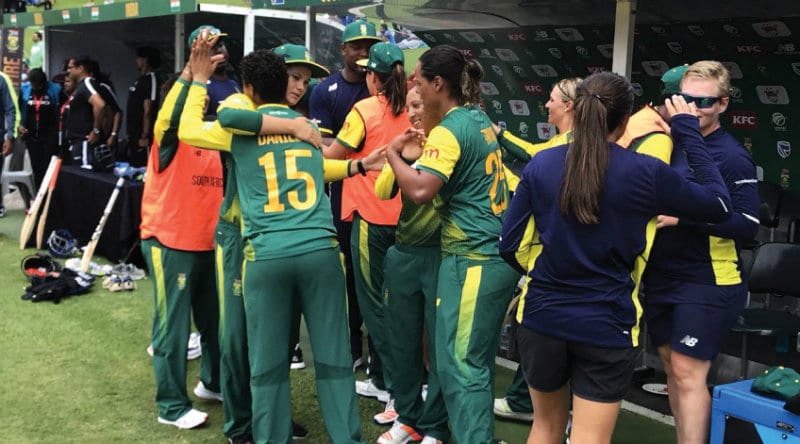 After losing the first two T20s, it was a do-or-die match for the hosts and Shabnim Ismail starred with the ball, taking five for 30 to help her team bowl out India for 133 following a stunning batting collapse.

Sune (41) top scored for the South Africans in the chase while the powerful Chloe Tyron (34) played yet another cameo to get the hosts over the line. India still lead the five-match series 2-1.

After thrashing the hosts 5-1 in the ODI series, India started the T20I series with a comprehensive 28-run win over South Africa in the first of the three-match series at the New Wanderers Stadium in Johannesburg yesterday.

Bhuvneshwar Kumar took career-best 5/24, his maiden five-for in T20Is, as South Africa could managed 175/9 while chasing 204-run target. Bhuvneshwar also became the fist India pacer to take five-wicket haul in T20Is. Reeza Hendricks kept South Africa in the hunt with 70 off 50 balls, but his wicket in the 18th over triggered a late collapse.