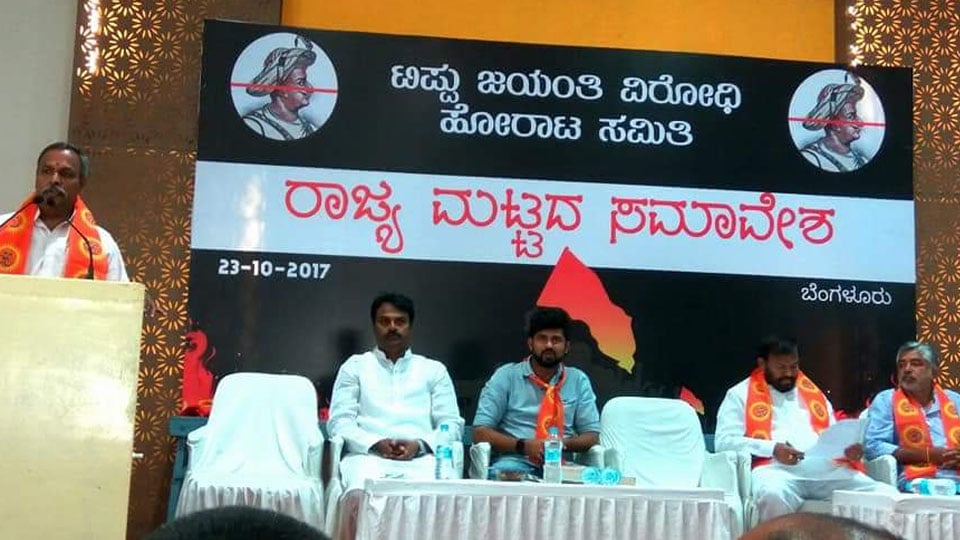 Addressing a State-level Convention of the Samithi here on Monday, Vishwa Hindu Parishat (VHP) leader Gopal asserted that the Samithi would not allow the celebration of Tipu Jayanti in the State.

Claiming that the Samithi was short of time to stop Tipu Jayanti celebration last year, he said that this year preparations were going on as planned to stop the event.

Pointing out that the Rashtro-thana Parishat had opposed Tipu serial in 2003, Gopal maintained that all those who fought against the British were not freedom fighters. Even Congress leaders from Kodagu district have opposed Tipu Jayanti, he added.

BJP leader D.S. Veeraiah said that Tipu was a marauder and the celebration of his Jayanti was not correct and added that Tipu had not brought  about any educational or social reforms.

Former Kodava Sahitya Academy President Addanda C. Cariappa, in his address, alleged that Tipu had brought pain to Kodavas. He urged Chief Minister Siddharamaiah to realise the true facts before going ahead with  the celebrations.