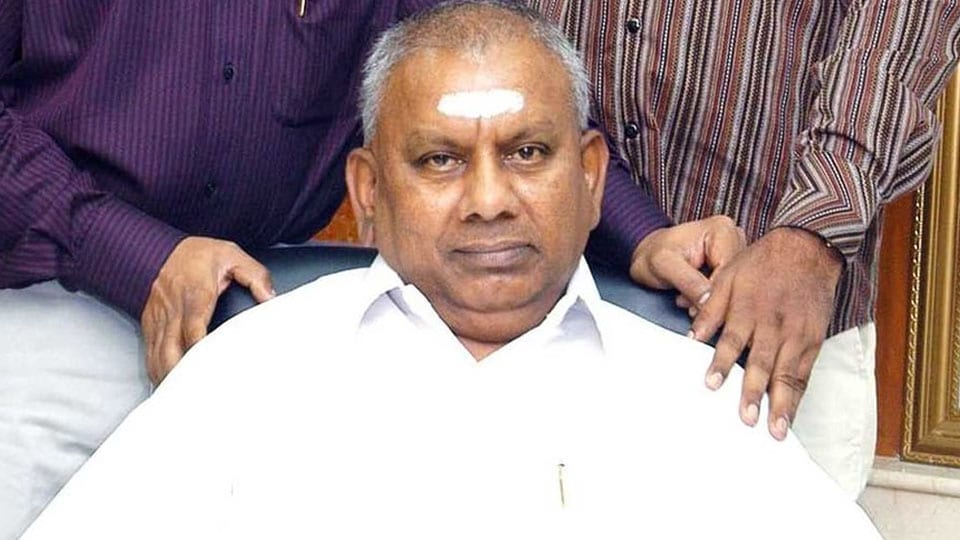 Chennai: P. Rajagopal, the owner of the Saravana Bhavan chain of restaurants, died this morning at a hospital here, a week after he surrendered to serve a life sentence for the 2001 kidnapping and murder of an employee. He was 72.

Rajagopal, also known as the Dosa King, was put on a ventilator on Saturday night after he suffered a massive cardiac arrest.

Rajagopal had surrendered in Court on July 9 to serve his life imprisonment for the kidnap and murder of an employee named Prince Santhakumar, husband of a lady named Jeevajothi whom Rajagopal wanted to marry as his third wife.

Rajagopal had arrived in an ambulance with an oxygen mask strapped to his face after the Supreme Court turned down his request to delay his sentence on medical grounds. Rajagopal was admitted to a private hospital after his surrender at the Court.

In 2004, Rajagopal was convicted in the kidnapping and murder of Santhakumar and a local Court had sentenced Rajagopal and eight others to 10 years in prison. Five years later, the Madras High Court confirmed the verdict and increased the sentence to life imprisonment, a punishment then upheld by the Supreme Court in March.

The prosecution had argued that Rajagopal plotted the murder of Santhakumar so he could marry his young wife. Santhakumar was kidnapped and murdered and his body was found in the forests.