Home » News » Save Chamundi Hill campaign to be intensified 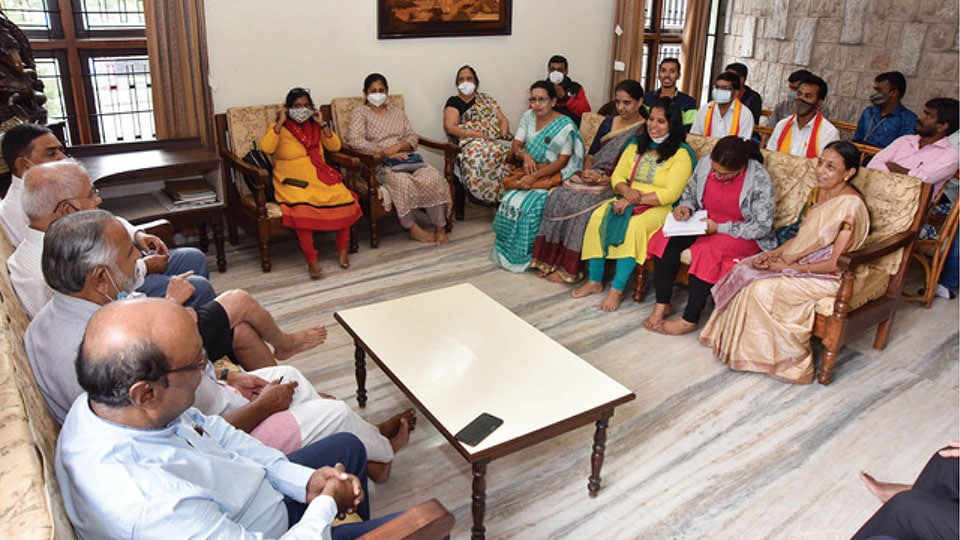 Save Chamundi Hill campaign to be intensified

Mysuru: A meeting  organised by Mysore Grahakara Parishat (MGP) here on Monday resolved to intensify the ‘Save Chamundi Hill’ campaign through a series of protests like satyagraha, signature campaign, distribution of pamphlets, human chain formation and jathas.

The meeting was attended by representatives of various organisations and enviro-nmentalists.

Addressing the meeting, MGP Founder-President Bhamy V. Shenoy said “Just like Mahatma Gandhi’s Satyagraha movement, we should draw the attention of the Government through such movements to save  Chamundi Hill from permanent destruction.”

He pointed  out that as a mark of protest, everyone should stay at home between 8 am and 8 pm on the specific day that will be decided shortly.  Stressing on the need for seeking total support from the people, Shenoy said that no one should use vehicles on that day and also all commercial activities should be suspended.

However, it should be voluntary and not be forced upon anyone, he noted. Stating that the concerned citizens should voluntarily extend support for the cause, Shenoy observed that with this kind of protest, it is possible to draw the attention of the Government as well as people across the country.

Yashwanth, a student of Vidya Vikas, suggested engaging College students in the mega signature campaign. Prof. Kalachannegowda assured that he will ensure collection of signatures by visiting Colleges and also houses.  Almost all the speakers were of the opinion that the Government should declare Chamundi Hill as a conserved area and as a plastic-free zone.

Emphasising on the need for halting all ongoing construction activities atop the Hill, they wanted the Government to do away with Chamundi Hill Gram Panchayat and hand over complete control of the Hill to the District Administration.

Environmentalist Parashu-ramegowda stressed on saving wildlife and ecology which are part of the Hill. Expressing concern over rising number of road accidents on Hill temple road, he suggested preparation of a report in this regard for submission to the Government.