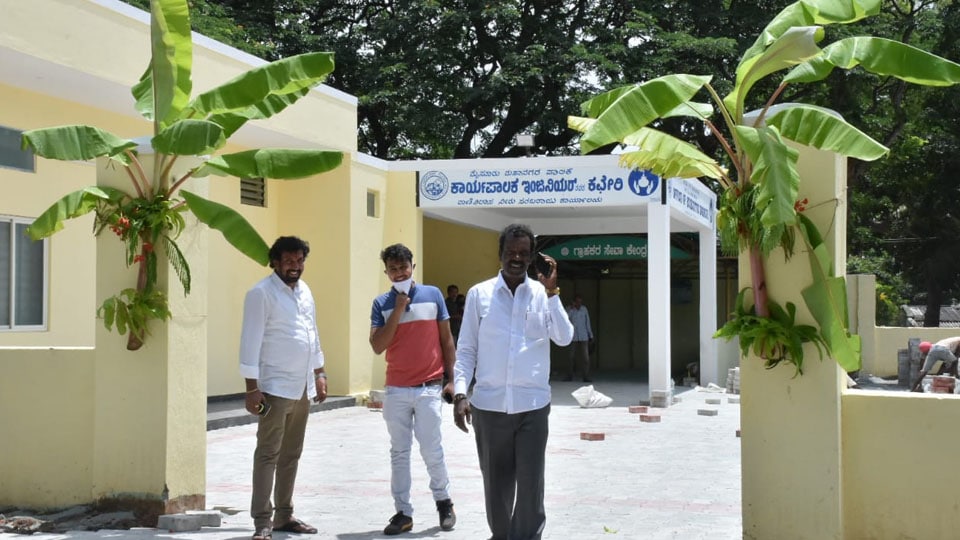 Despite COVID, netas miffed at not being invited

Mysore/Mysuru: The programme to launch the project to supply door-to-door drinking water and to levy pending water tax through Digitalised Point of Sale equipment and also inaugurate the new office section of Vani Vilas Water Works Executive Engineer was fixed at 12 noon today (June 19). But the event had to be cancelled and postponed as some of the elected representatives were miffed at not being invited.

Invitations had been sent out and the guests were informed. The official machinery had kept everything ready like garlands, bouquets and had even arranged for sweetmeat. As the event was to be held at 12 noon, a grand lunch too was arranged.

But just hours before the event was to start, some elected representatives and their supporters called up the officials and asked why they were not invited for the event. Though there is a general restriction on the events due to COVID-19 where everyone is expected to maintain social distancing, the netas were angry that they were ignored.

Officials on condition of anonymity told ‘Star of Mysore’ that just because a few political leaders were not invited to the event, the entire programme was cancelled and postponed to a later date. All the arrangements went waste, they rued.