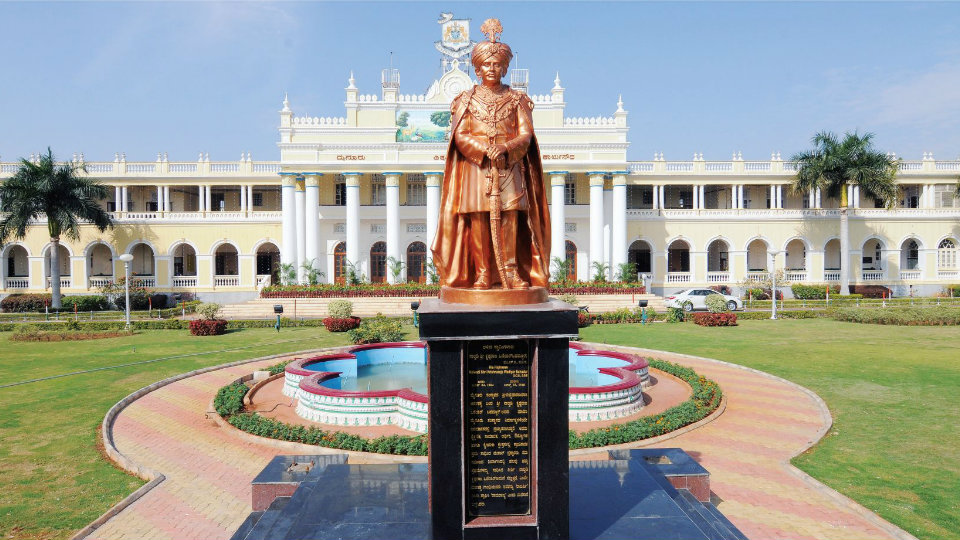 Mysuru: The tug-of-war between the State Government and the Office of the Governor over constitution of Search Panel to select a regular Vice-Chancellor to University of Mysore (UoM) has intensified.

The Higher Education Department has written to the UoM to change at least two names. The Varsity has been directed to send fresh names to the Committee by Sept. 10. But already, the UoM Syndicate Sub-Committee has recommended the name of Prof. Coutinho to represent UoM in the Search Panel.

Sources in the University told Star of Mysore that Prof. Coutinho could be dropped from the Panel and a new name suggested. As it is mandatory for the Syndicate to meet and discuss the new nominee, an emergency special meeting of the Syndicate has been called this afternoon where the new Search Panel member will be selected.

The existing Search Committee may not shortlist the names of those preferred by the government and this has been realised by the JD(S) leaders in Mysuru. The political leadership wants an academician suggested by a former VC who has close links with the State government to become the next VC and this is the reason why the government is considering the option of replacing the Syndicate and government nominee to the Search Panel, sources said.

But the government’s move to push its own nominees to the Search Panel may not go well with the Governor’s Office and it might lead to fresh confrontation between the government and the Raj Bhavan, sources added.

The UoM VC’s post has been vacant since Jan. 2017 after the retirement of Prof. K.S. Rangappa who has joined the JD(S). Since then, UoM has seen five in-charge VCs.

3 COMMENTS ON THIS POST To “Search for new VC for Mysore University: Tug-of-war between Govt. and Governor’s Office intensifies”