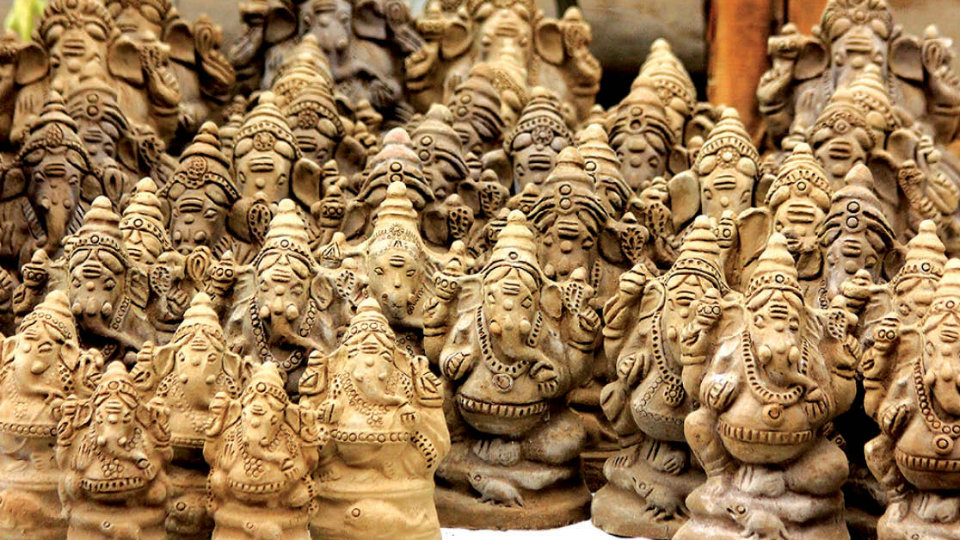 Use only eco-friendly Ganesha idols: DC

Mysuru: Deputy Commissioner Abhiram G. Sankar has stated that Gowri – Ganesha festivals should be celebrated with eco-friendly idols, as using toxic paints, Ganeshas made out of Plaster of Paris (PoP) and paper moulds will pollute water bodies once they are immersed in them.

He was addressing a press conference on ban of PoP and toxic chemicals idols here at his office on Tuesday and said chemicals are used in the manufacture of paper moulded Ganeshas. To stop this production, a team of officials will be formed, he added.

However, idols made out of these banned items will be brought from many other districts and to stop them entering, they will be checked at check posts.

To install Ganesha idols in public places permission must be taken from the Mysuru City Corporation and the Police Department. However, this time it is being relaxed and a single window system is being put in place, he informed the officers.

MCC is identifying lakes for the public to immerse the idols. There will also be provision of mobile tanks for immersion and if required more such tanks will be provided.

The idol sellers must not impinge on the traffic while selling the idols. The MCC and the local organisations must discuss with the manufacturers and identify the places for selling where it will not affect the traffic, he said.