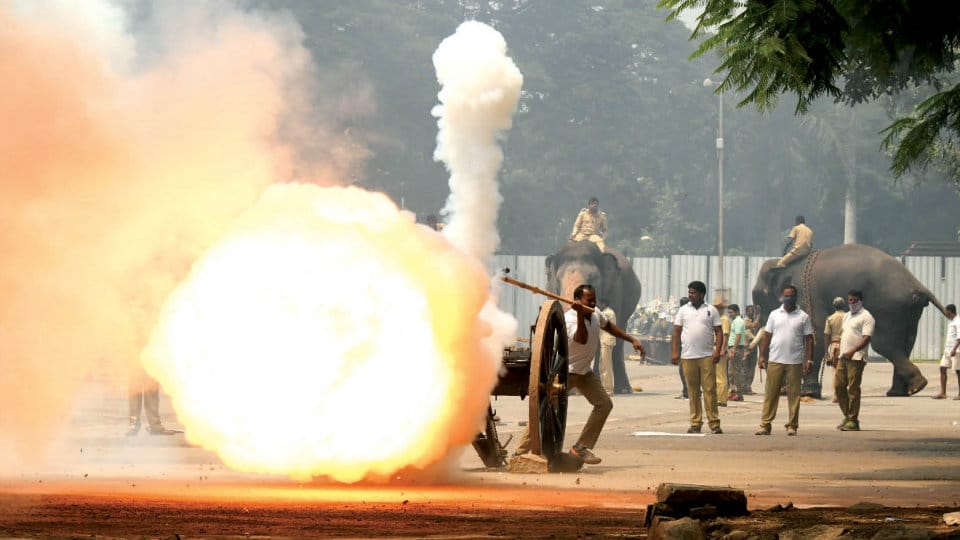 Mysuru: The second round of cannon drill rehearsal session for Dasara elephants and horses to make them familiarise with the loud sound of cannons was held successfully at the parking lot near Varaha Gate of Mysore Palace this morning.

Except for Chaitra, Dhananjaya and Prashantha, all other elephants stood still. As many as 21 rounds of firing, with three shots in each round were carried out.

Speaking to Star of Mysore, Deputy Conservator of Forest (DCF) Sidramappa Chalkapure said that all the elephants stood still when compared to the previous rehearsal. Chaitra, Dhananjaya and Prashantha were bit scared but they will be ready during the next drill, he said. There is no much behavioural changes noticed among Dasara elephants during canon firing practise, he added.