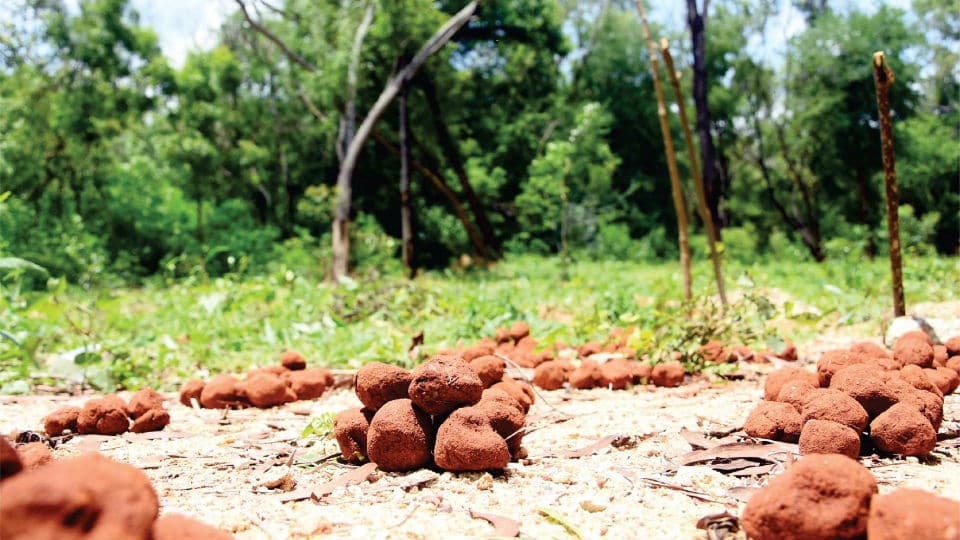 Mysuru: More than 1,000 seed balls of various species of trees were planted in the vacant areas of Kukkarahalli Lake yesterday. The intention of this drive was to increase the green cover.

Environment activist Vasanthkumar Mysoremath, in association with Horticulture Department of University of Mysore and volunteers planted the seed balls on the east side of the Lake. The seed ball planting drive was inaugurated by University Registrar Prof. R. Rajanna who himself planted a few seed balls.

According to Vasanthkumar Mysoremath, vast area inside the Kukkarahalli Lake was barren though the outer areas appear green. “Precious flora and fauna were destroyed as earth movers and other heavy machinery moved inside the Lake while laying sewage pipes for diverting sewage water from Paduvarahalli area about 16 months ago,” he said. 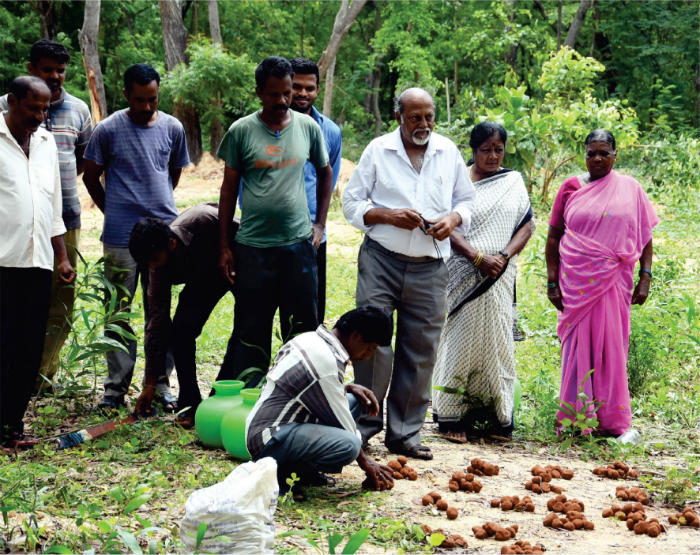 He said that he had approa-ched the Registrar and obtained approval for this plan. “With the help of a number of volunteers from Medar Block, Bamboo Bazaar, and also with the co-operation of Horticultural Officers, we have been able to launch this drive,” he added.

“The seed ball drive began on May 25 with the selection of seeds and covering them with fertile mud. Over 1,000 seed balls have been planted and similar drives will be held in the coming days to make the Lake green once again,” he said and added that the Horticulture Department staff will water the seed ball plantation every day to enable sprouting.