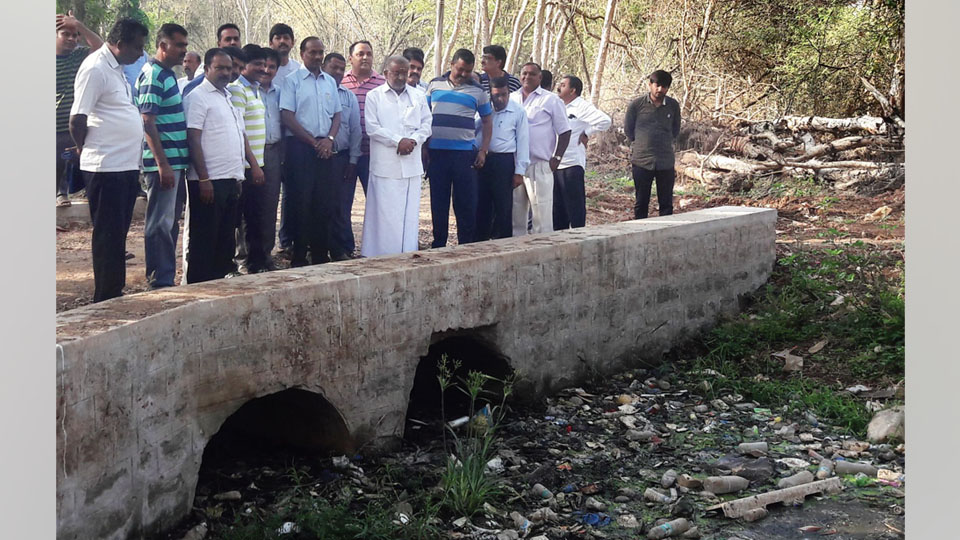 Mysuru: The residents of Dattagalli are a suffering lot as sewage water is entering the Lingambudi Lake in Dattagalli through the storm water drain and causing them a great deal of inconvenience.

The officials were directed to immediately stop the flow of sewage water into the lake as it was causing problems to the birds in the lake, those who were using the lake area for walks and to the nearby residents.

The sewage water was polluting the lake and this was because a few of the pipes leading to the lake were deliberately broken and the sewage water released outside, alleged the residents.

MUDA and MCC officials Ramesh Kallipalya, Arakeshwar, Honnegowda and residents of the area were present.