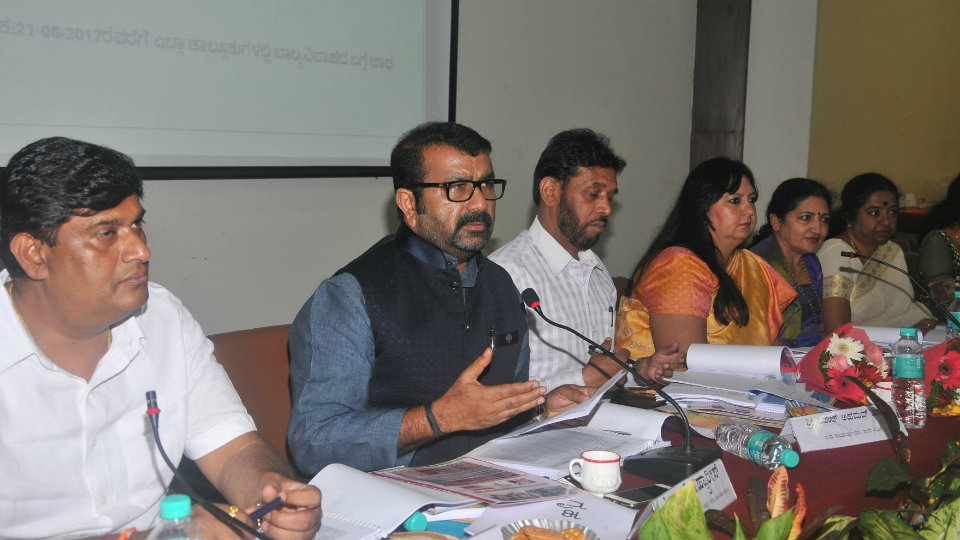 Mysuru: The Legislature Committee on Women and Child Welfare headed by N.A. Haris held a review meeting at the Zilla Panchayat auditorium in city this morning.

Mysuru DHO Dr. B. Basavaraju said that the officials had raided three centres — one each in Periyapatna, Mysuru and K.R. Nagar — after receiving complaints from the public.

Later, Haris said that sex determination had become a business and added the agents stand outside the scanning centres and take the pregnant women to the private hospital to remove the female foetus.

The Panel also urged the officials to implement the welfare programme announced by the governments. With respect to Child Marriage, Chamarajanagar In-charge DC Kiran informed the Committee that the district faced problems of Child Marriage and added that one particular community was getting minor girls married with a belief that they would never get married if they crossed 18 years.

The officials have been talking to village heads to prevent child marriages in the district, he added.

Mysuru DC D. Randeep said only one case was reported in Mysuru and the officials were able to stop the marriage. 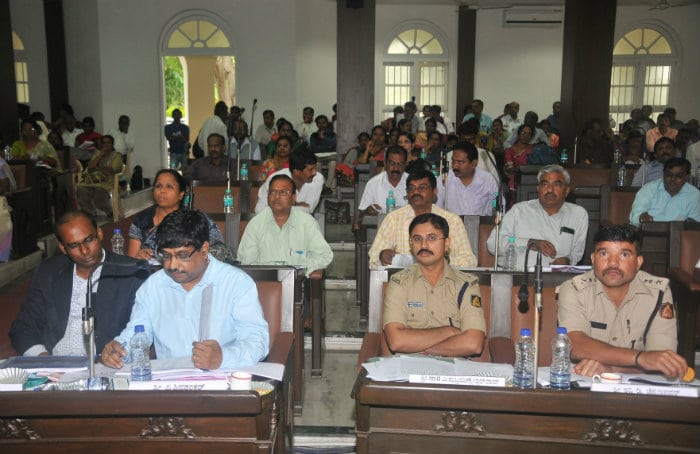 Speaking about the Anganawadi Centres, Mysuru Women and Child Welfare Deputy Director K. Radha said the district had a total of 1,413 centres and that the children were being provided with 300 grams nutritious food every day.

On hearing this, Haris took exception stating that the officials had no knowledge on the food being served to aganawadi children. He said the children were to be given 500 grams of nutritious food every day at the centre and not 300 grams.

When asked if the officials were submitting correct facts and figures of the Centre, DC Randeep said he had personally visited around 30-32 centres over the past 10 months.