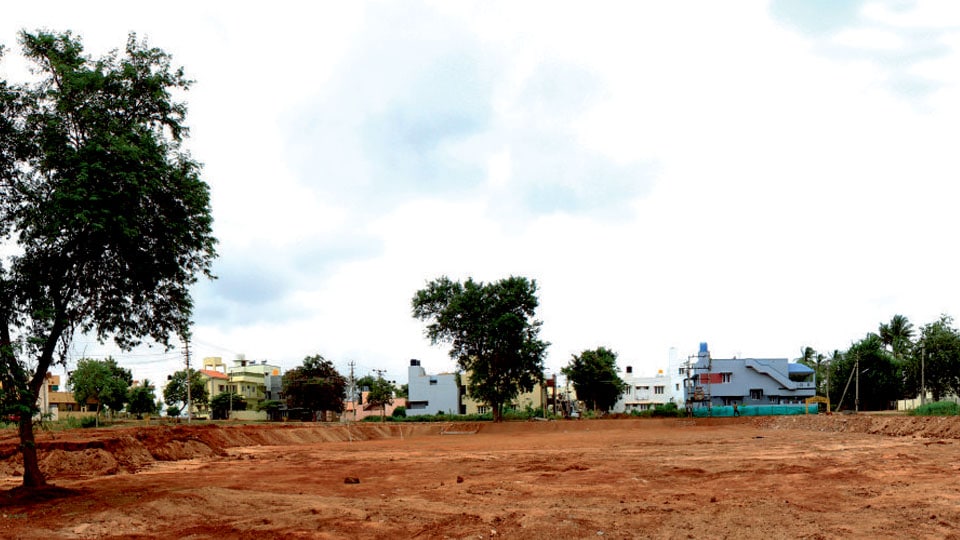 While it is the job of a municipal set up to maintain layouts, create civic amenities including parks and playgrounds and at the same time ensure that open spaces are not used as a dump yard, here is a group of residents, led by a gritty woman, that has taken on the role of the administration by ensuring that their area is waste dump-free.

The handful members in the group have taken an initiative, spending money from their pockets, to clean their locality that sometime back resembled a dungeon and where tonnes of construction material were dumped bang in front of their houses. Not only construction debris, even dead dogs were dumped at the place.

The area that has got these pro-active and civic-conscious residents is Sharadanagar Railway Layout, Bogadi. The layout, between the Bank Colony and SBM Layout, was formed 20 years back in a 40-acre land by Railway Housing Society. Allotment of sites began in 1996 and the Layout is dominated by pensioners with a couple of other professionals and retired individuals. Interestingly, the Layout has not been handed over by Mysuru Urban Development Authority (MUDA) to the Mysuru City Corporation (MCC). Residents pay their taxes to MUDA but have their voters’ list in Bogadi Gram Panchayat.

As the Layout (residents call it an orphan layout) has not been taken over by MCC, the Civic Amenity space meant for a park became a dumping ground where truckloads of waste, and household garbage were dumped. Gradually, weeds grew all over and the 2-and-a-half acre became an eyesore. To make matters worse, the garbage and carcasses of dogs began to stink. This is when the residents decided to step in.

Tired of approaching the authorities concerned who were good at passing the buck, 76-year-old Lalitha Shivanna decided enough was enough. Single-handedly, she began cleaning the so called park along with Lakkappa, a daily wage labourer who came from Bogadi Village. Very soon, Lalitha was joined by a few residents, mostly pensioners, of the Layout. Every month, they set a part of their meagre pension to clean the area and make it liveable. Once the cleaning speed picked up and once the residents saw the dungeon transforming into a vast and clean playground, many more chipped in contributing money and effort.

“We started in a small way and I was not sure if I would succeed in converting a wasteland into a playground. Thanks to the support of a few residents, the area is a playground now,” says Lalitha Shivanna, speaking to Star of Mysore. Lalitha, along with the contribution of other residents, has so far spent over Rs. 1 lakh to clean the place. Lakkappa does the physical work for Rs. 400 per day and the residents hire a backhoe (JCB) to excavate and level the land. 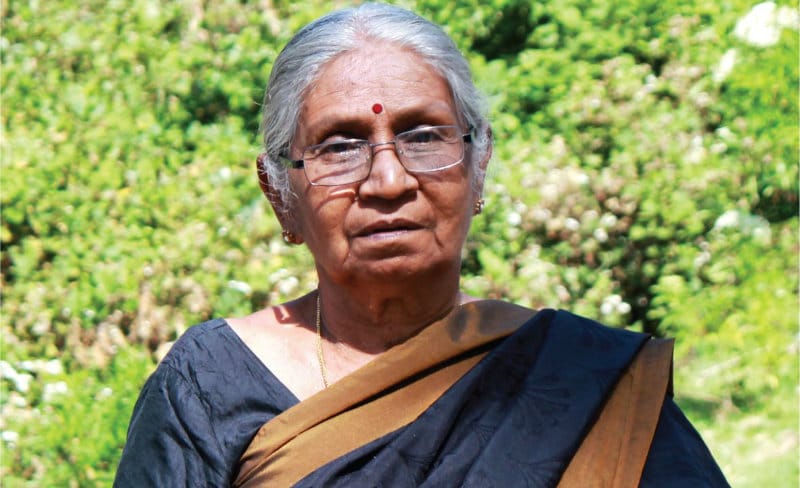 Apart from money, the residents of the Layout also devoted their time and energy for the massive cleaning operation. “Free time, Sundays and holidays were used to clean the surroundings. Some of us put in eight hours of work daily. Sadly, there are over 400 houses in the area and members from only 15 to 20 houses chipped in for the manual work and mobilising resources. Still, we are happy that we have transformed this vast wasteland into a productive space where children can play and elders can relax in fresh air,” Lalitha says.

There was an open borewell in the area that was dangerous for children and realising this, the residents closed it with boulders. “All this took us over five months or so. We cleared thick shrubs and spared all the trees. We have now bought many saplings from the Government nursery and have planted them around the cleaned up area,” she says.

“I would want to specially thank the residents including Namitha, Sunil, Prabha, Vikas, Ananda, Umashankar, Gopinath, Chandrappa, the President of Railway Housing Board and of course Lakkappa for making this happen,” she adds.

On the future course of action, Lalitha says they would not allow anyone to use the area as a dump yard. “We came to know that many people are planning to dump construction waste here and they are doing the same in surrounding Layouts. We will not allow this to happen here,” she says.

If this is not Swachh Bharat, what else?