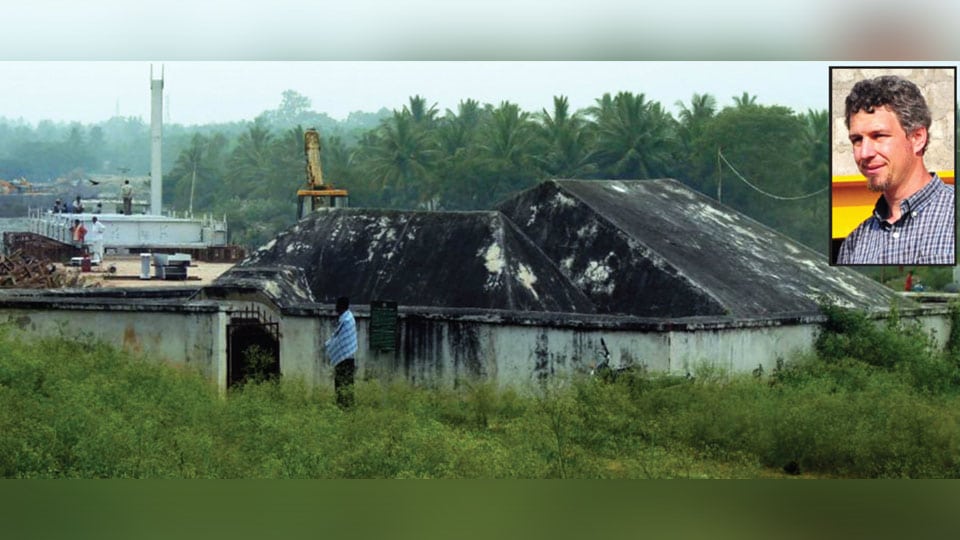 The project to move Tipu Sultan’s armoury has reached the final phase now. This is a spectacular engineering effort and is the first such in India. Jamin Buckingham, Project Manager from America, said he had never seen such a strong monument in his career. It is tougher than a stone structure, he said.

Looking at the mammoth armoury, Buckingham knew this would be nothing like the hundreds of buildings he had helped shift back home. This was the oldest he and his team had ever attempted to move and he knew he had absolutely no margin of error. The task could not be accomplished without weeks of intense planning and preparation.

Long neglected, the 18th century heritage structure was stuck deep in dirt and that was a big challenge. “The armoury has thick walls. Although made of brick and mortar, the structure’s integrity is surprisingly very well considering its age,” Buckingham said.

Buckingham’s team, comprising Peter Hansen, Philip Hansen and Jeffrey Brovont had spent months evaluating the building, its internal and external dynamics and working out the engineering of the eventual operation. But even before that, Buckingham had to coordinate with the Railways, the Archaeological Department and strike a joint venture agreement with PSL Engineering.

The JV was critical to fabricate the huge beams that had to go underneath the structure. “PSL also had to remove the soil. They made all the beams in India. We only brought the jacks, the jacking machine and rollers (about 64 in 25-tonne and 50-tonne configurations) from the US,” he said.

Moving back and forth to get all the paper work in order, Buckingham is now convinced that “shifting is the easy part. The paper work was the hard part.” For the record, he had to shuttle between India and the US four times in the last four years.

The man who suggested moving the armoury said it was all “just discussions” for over seven years since 2007. When the proposal of transporting the heritage structure was first presented in 2009, no Indian independent firm or contractors came forward, said G. Aswatha Narayana, consulting engineer and advisor for the project.