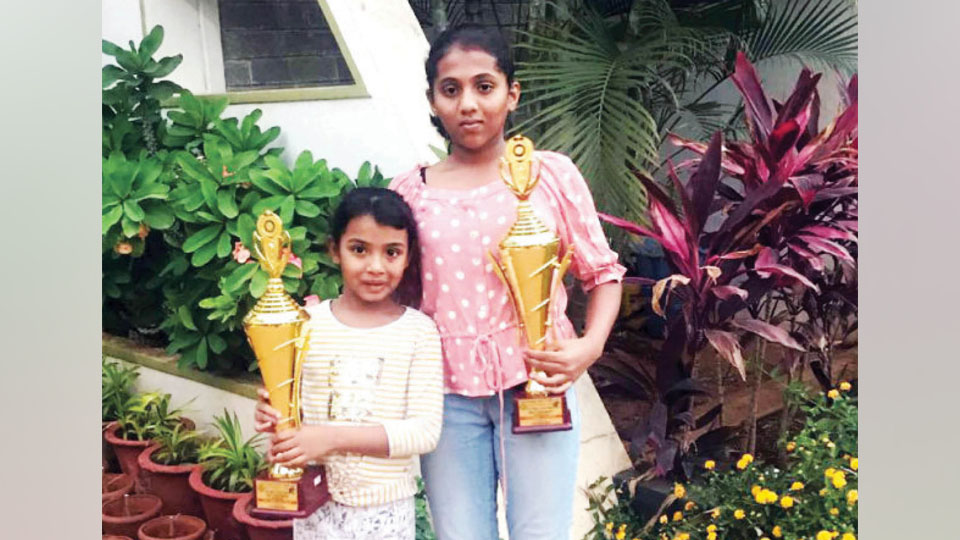 Diya Umesh (U-7) and Dhatri Umesh (U-13) of Mysuru bagged top prizes in their respective category in the Karnataka State Rapid Chess Championship held in Bengaluru on Saturday and Sunday.

The Championship was organised by Widia Poornaprajna School at Bengaluru. The tournament saw participation from more than 140 chess players from across the State. There was a tough fight in the 9th round. Both of them won the last round and emerged as Champions.

Daughters of Umesh and Brunda Umesh of Mysuru, the duo are the students of National Public School, Mysuru, and are trained under Suresh and Aravind Shastri at Mysore Chess Centre.

Diya is preparing to participate in National-level Chess Championship scheduled from June 1 to 6 in Kolkatta (West Bengal).