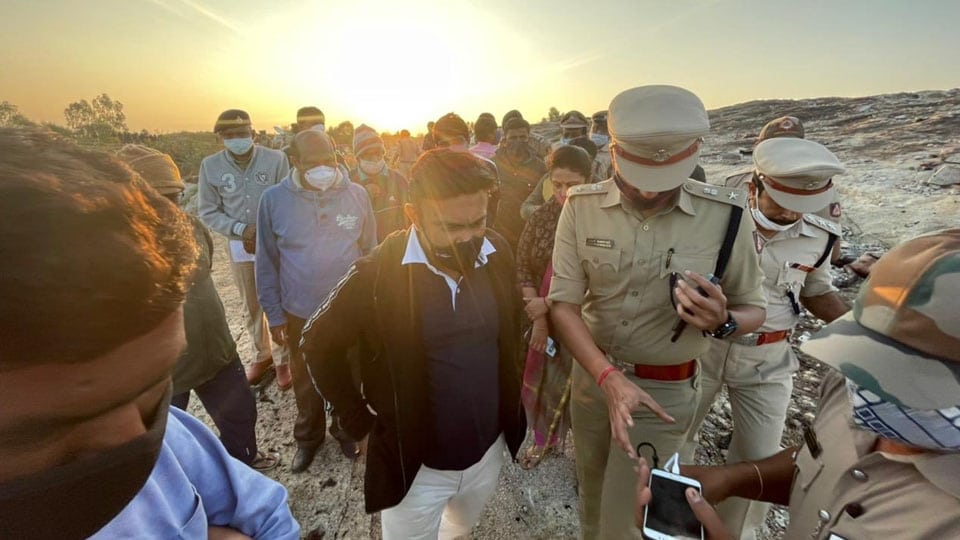 Chikkaballapur: At least six people were killed, while a few sustained injuries after bunch of gelatin sticks exploded at a quarry site near Hirenagavalli village in Chikkaballapur district in the intervening hours between Monday and Tuesday.

The incident comes close on the heels of a similar blast at a quarry site in CM Yediyurappa’s hometown of Shivamogga on Jan. 21, which left eight dead.

According to initial inputs, the explosion occurred when the gelatin sticks used for quarrying were being transported fearing Police raid. Some of the victims had kept the gelatin sticks illegally and were trying to dispose of the explosive sticks when they exploded. Two have been held in connection with the incident and a case has been registered at Gudibande Police Station.

District Minister Dr. K. Sudhakar visited the spot and promised action against those responsible for the incident.

In a tweet, the Chief Minister said that stringent action would be initiated against the guilty after the completion of inquiry.

He said that District Minister and senior officials have been instructed to conduct a thorough probe and take stern action against the culprits.

Meanwhile, Prime Minister Narendra Modi, who took to Twitter, said: “Pained by the loss of lives due to a mishap at Chikkaballapur in Karnataka. Condolences to the bereaved families. Praying that the injured recover quickly.”