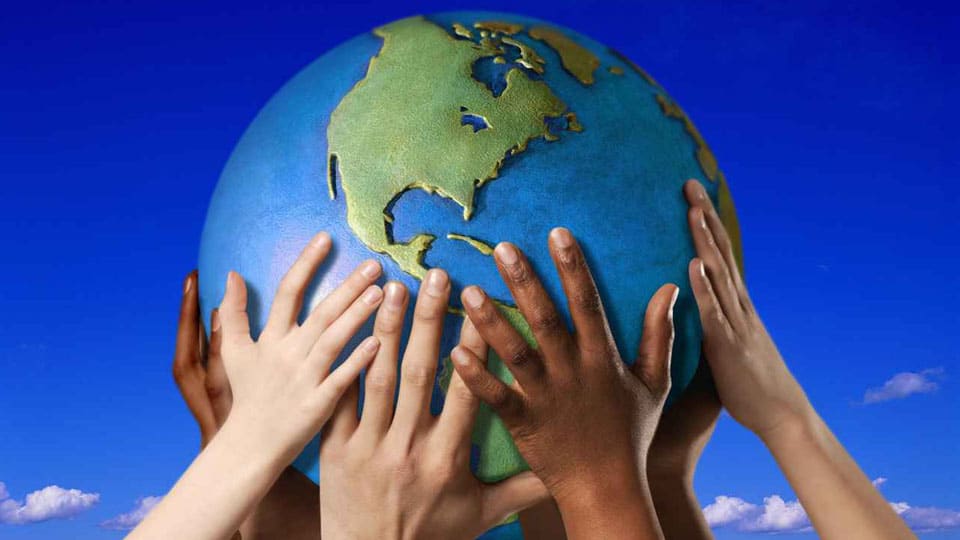 Mother Earth and its atmosphere don’t seem to interest people at large except on occasions of unusual happenings such as earthquake, unbearable heat, high levels of air pollution, excessive or scanty rains, hurricanes, tornados, forest fires and what have you. Reports appearing in dailies nowadays such as Chandrapur in Maharashtra records a high temperature of 48.6 degrees Celsius and is sizzling or the regions of the country’s Northern part are freezing don’t seem to generate the feeling of being spared discomfort on the part of Mysureans. To imagine that debates in various circles about the ongoing and impending changes in the make up of both Mother Earth and its atmosphere should interest more than a few in our region is asking for too much. The terms climate and weather have their precise meaning, although they seem to be taken as synonyms in common parlance. Climate is the statistics of weather over extended periods of time, measure or presented as the patterns of variation in atmospheric temperature as well as pressure, humidity, wind speed, particle count in the air and other meteorological variables in a given region. Weather, in a sense, is a matter of feeling the given state of climate.

It is only when weather causes discomfort, people tend to indulge in discussion about its ‘why’ and ‘what.’ The subject of climate change, both in specific regions of the planet earth and globally as a whole is being keenly observed and debated by the Inter-governmental Panel on Climate Change (IPCC), mostly taking stock of country-wise contributions to the ongoing change without apparently any sign of cracking the problem worsening year after year.

In an action by human populations all over the Earth that is neither amusing nor amazing, they are not only the perpetrators of causing climate change but also complaining about the weather’s makeover from salubrious to scorching, such as in most urban spaces, for which Bengaluru serves as an eminent example. The proportion of urbanites in the country’s total population is heading towards half-way mark. They are totally focussed on meeting their infrastructure needs which simply means more buildings to house offices, schools, hospitals, hotels, roads resulting in getting rid of green cover both within urban limits and intercity spaces. More residents in the cities, creation of more infrastructure and reduced scope for keeping the urban ambience cool are proceeding like an endless screw.

While the rustics are braving the extremes of weather and engaging themselves in their traditional callings, the urbanites are happily using up resources to protect themselves from the discomfort of extreme weather — air-conditioners in summer months and heaters in winter months. One cannot be faulted to remark that climate and weather in their nightmarish range between sizzling and shivering need to be taken more seriously than at present.