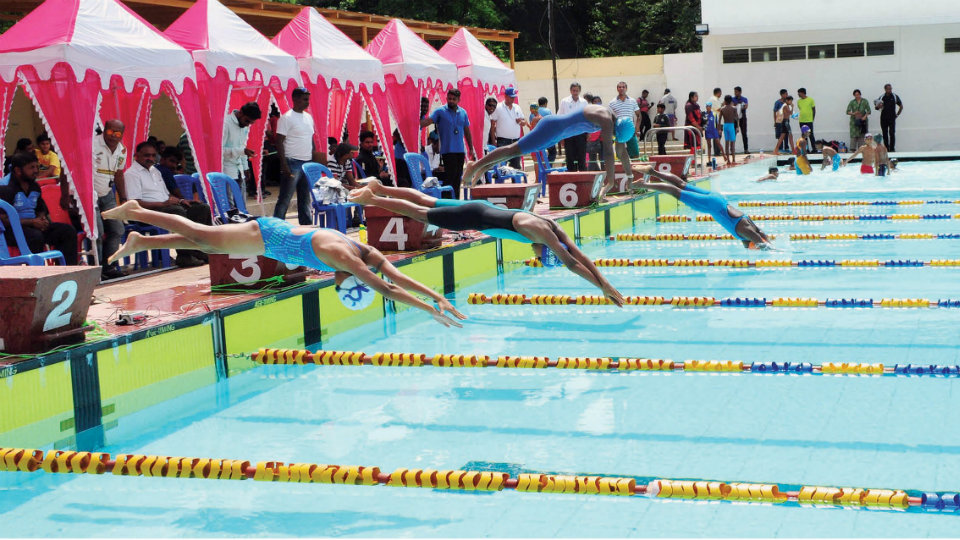 Speaking after the inauguration, Gopal B. Hosur said that this is the first time in the history of Swimming Championships, organised by the KSA, that over 700 swimmers had taken part. Parents and trainers of these swimmers must be appreciated for their patience in providing timely training to these participants and making this big event happen, he added.

Stating that in Karnataka, MDSA is very active, he took pride in mentioning that in the country, KSA is leading and the State has the credit of being Champions in junior category for the last 27 years. 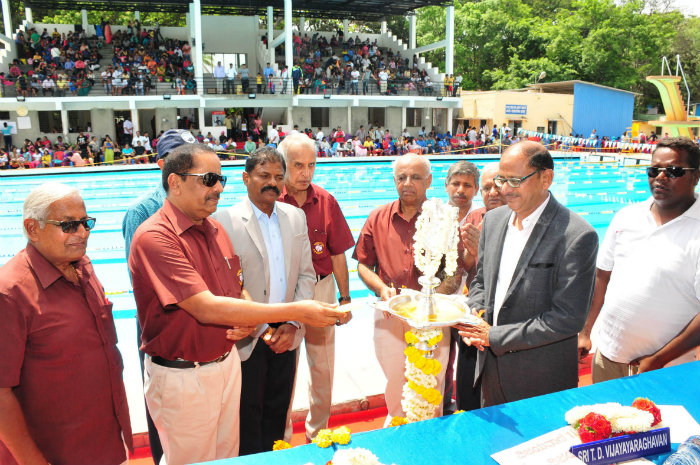 Gopal Hosur informed that KSA will tie up with Swimming Federation of India, to form a ‘Single Window System’ so that information of swimmers, trainers, record holders, tournaments, results, etc., are all available at a single click.

He further mentioned that obtaining Association Membership  Identity Card will be of great help when a swimmer wants to participate in tournaments conducted abroad as VISA can be obtained easily.

He also said that rewards will be given to those participating in KSA tournaments and also those conducting it.

Stating that KSA aims at providing scholarships under Khel India, Gopal said that KSA is also striving hard to get benefits for swimmers in Sports Policy.

On the occasion, MDSA was to felicitate Neelakanta Rao Jagadale (Industrialist & Former President, KSA), who has contributed immensely to the Association. However, as Jagadale could not attend the event due to ill health, he would be felicitated by the Association in Bengaluru shortly. 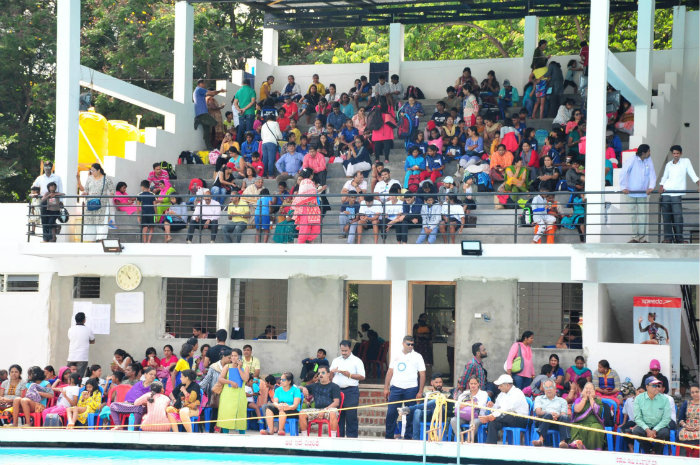 Record number of 700 swimmers from all over the State will be seen in action in the Championship, which will be the basis for selecting the State teams in the Sub-Junior and Junior sections for the National Meet. Events will be held in Group I, Group II, Group III and Group IV (Boys and Girls) sections.

The top swimmers who will be seen in action in the State Championships-2018 are as follows:

On the first day of the Championship that features Swimming, Water Polo and Diving, the heats will be held in the morning session and the 25 medals are at stake on day one with the finals slated to be held from 5 pm to 7.30 pm.