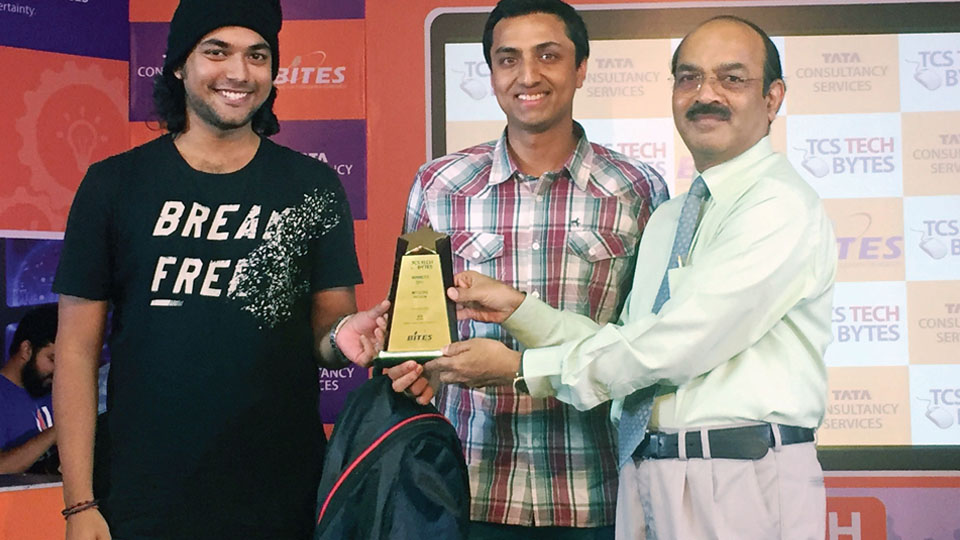 The Mysuru Regional Finals of TCS TechBytes-2017 was conducted on Mar. 4 at Sri Jayachamarajendra College of Engineering (SJCE).

The IT quiz was organised by Tata Consultancy Services (TCS) and the Board for IT Education Standards (BITES), an autonomous agency promoted by Government of Karnataka in association with IT industries and educational institutions, for engineering students in Karnataka.

At the Regional Finals, students underwent a written preliminary round and the top 6 teams were called on stage to participate in an interactive quiz.

After an intense battle of minds among the budding engineers, C. Arvind and Skanda Bhat from SJCE emerged winners followed by Achal Kaundinya and Srihari Koushik from Vidya Vardhaka College of  Engineering (VVCE).

The winners will now participate in the State Finals to be held at Bengaluru on Mar.21.

The quiz was conducted by noted Quiz master Lloyd Saldanha. Apart from Mysuru, the Regional Finals of TCS TechBytes is being conducted across five places in Karnataka — Kalaburagi, Hubballi, Bengaluru,  Mangaluru and Tumakuru.