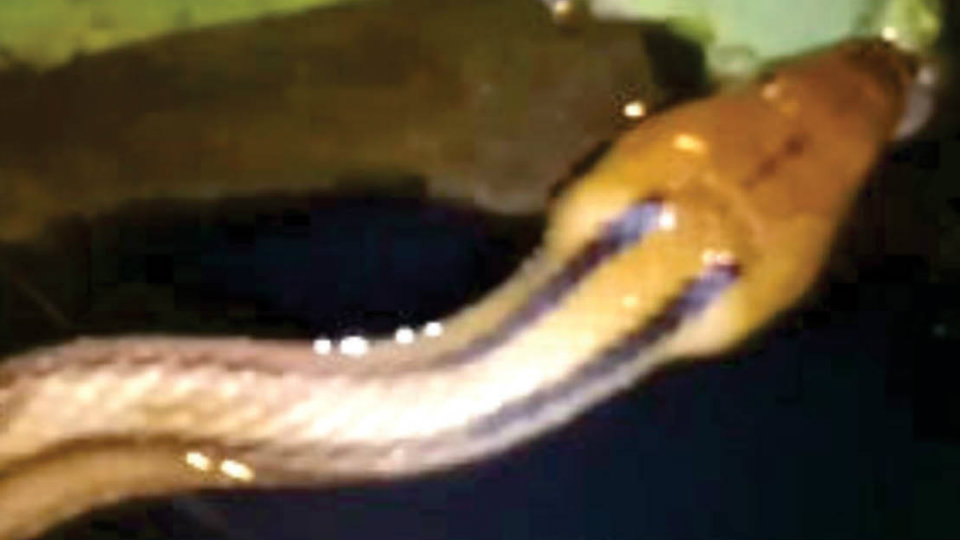 The snake, which was first seen near the sump of the house, entered into the sump as soon as people began to crowd the place. The residents soon informed Snake Shyam, who reached the place and caught the snake. He then educated the people about this snake and later released it into the forest.

Trinket can be identified by its slender body, having alternate brown and whitish brown striped pattern. Patterns have highest contrast near the head and fades towards the tail region. Neck region has two black streaks on the upper and two just above the ventral scales followed by the patterns.

Diurnal and highly active, Trinket is noted for its temper and will strike repeatedly if disturbed or handled badly. The males of this species are generally more aggressive than the females. Its bites are often very painful due to its inward pointing teeth.