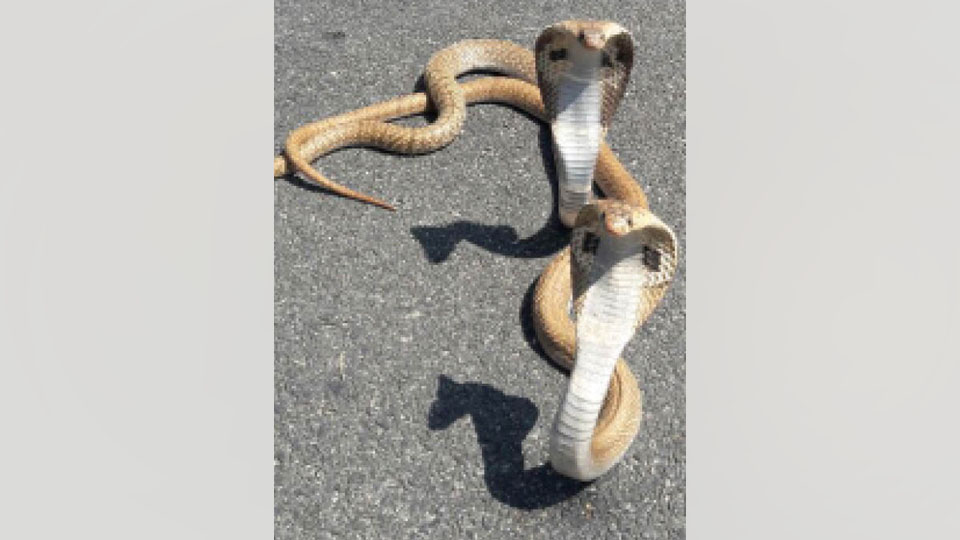 Mysuru: Two Cobras, which had fallen into an agricultural pond (Krishi Honda), have been rescued at Ambalare village in Periyapatna taluk on Sunday. It is learnt that the two snakes were indulged in a mating dance on the roadside in the outskirts of the village, where villagers were taking videos on their cell phones.

As more people began to gather, the frightened snakes entered the fields of Suresh Gowda and fell into the water-filled agricultural pond and were unable to come oout ofthe pond.

Soon, Snake Girish, who arrived at the spot, rescued the snakes and released them at Boodhitittu Forest area.