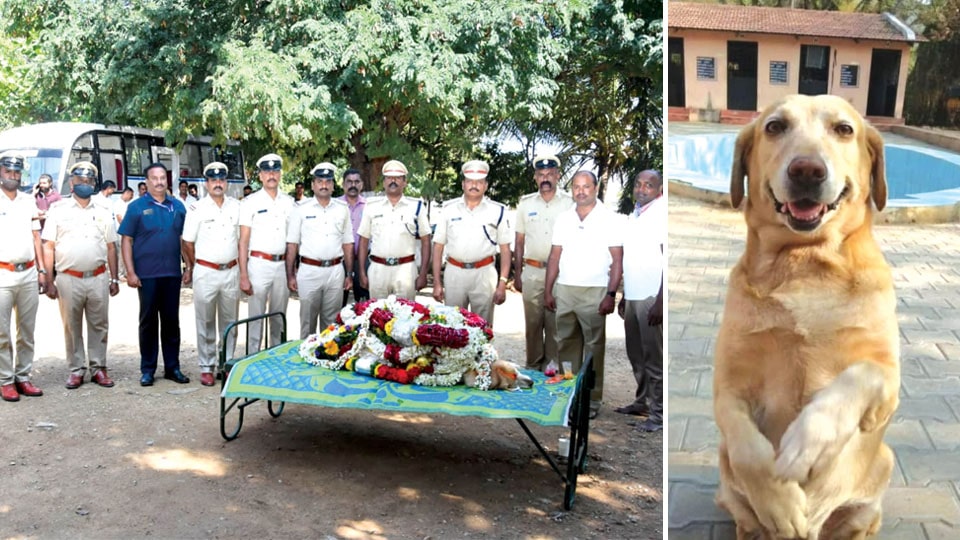 Mysore/Mysuru: Seema, the explosives sniffer dog at Mysuru Police Dog Squad unit, passed away on Jan. 20, following age-related ailments. She had successfully served in the Dog Squad for 11 years and two months.

After the successful completion of training, Seema joined the Dog Squad on Nov. 14, 2009 and had participated in many dog shows and mock drills. She was also a part of the security team during the visit of VIPs and during Dasara. Seema had effectively guided the Police during the bomb explosion at City Law Courts complex in 2016. She was being trained by Head Constable G. Manju, who was also her handler.

Seema was cremated with full State honours yesterday in city.