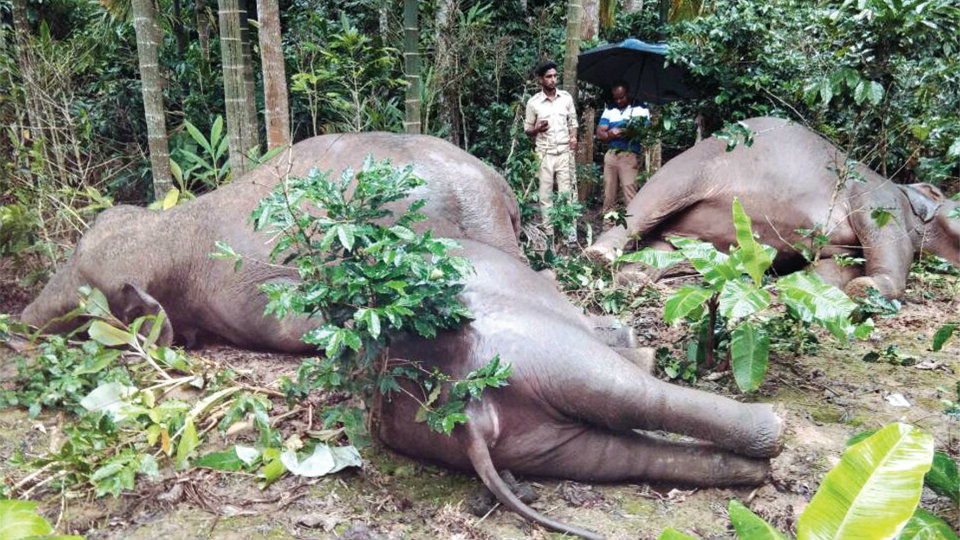 Bengaluru: The State Government has decided to install solar fences to check the elephant menace in Kodagu district.

Elaborating on the measures, Minister of State for Statistics, Planning and Science and Technology M.R. Sitaram, who is also the Kodagu district in-charge Minister, said the government will install solar fences across the borders of forests and at those places where man-elephant conflict is high. The fences will be powered with 5KV to 7KV electricity.

Terming the electrocution of four female jumbos in Virajpet a couple of days back ‘unfortunate’, the Minister said the Forest Department has been asked to submit a report on installation of solar fencing in elephant habitats in Kodagu to prevent death of pachyderms under unnatural circumstances.

He said there has been an increase in man-elephant conflict in the district in the recent past and elephant proof trenches had been created to check the entry of jumbos into human settlements. A few days ago, four people were trampled to death in the district. Electric fences are not a solution as it would be fatal to the animals.

The best option was to have solar fencing points at all elephant entry points so that it would deter them from entering villages, the Minister said. A report from the department concerned had been sought within a month based on which action would be initiated, he said.

Meanwhile, following the electrocution of the four elephants, the Forest Department has filed a case of abetment and hunting against Chamundeshwari Electricity Corporation Limited (CESC). This is the second such case filed against CESC this year. According to Manoj Kumar, Chief Conservator of Forests, Kodagu Circle, the benefitscase was filed against CESC and not the estate owner as the deaths were not because of his negligence. A vigilance committee has also been formed to investigate the case.

Kodagu
Dengue: The Dilemma and the Drama
Pre-GST sale in city: Shopaholics indulge in shopping-spree