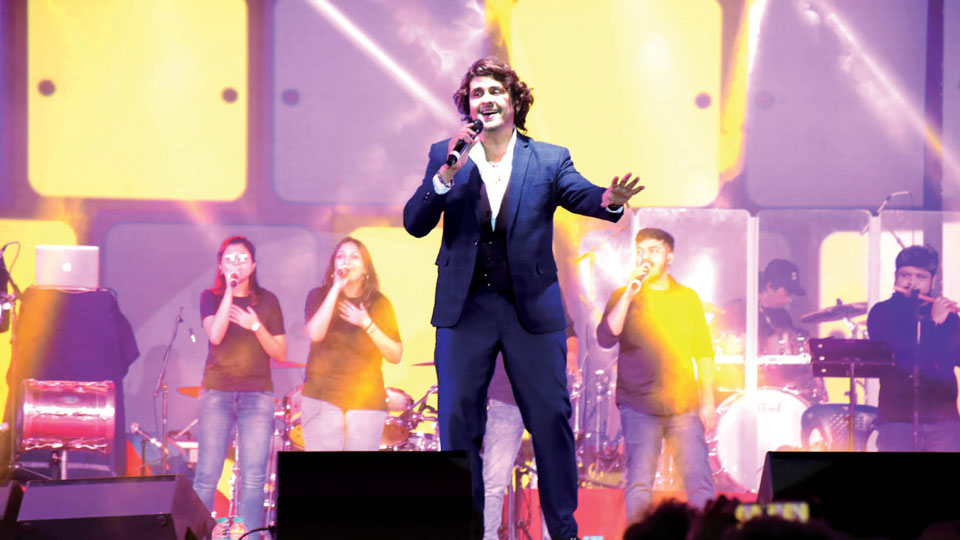 Sonu Nigam is touted to be one of the best live performers in the country today. Over the years, he has enthralled music lovers across the globe and even after three decades as a singer, he still manages to surprise the audience and he did win over the Yuva Dasara audience with his Kannada and Hindi hit songs. By far, Sonu Nigam’s concert was the biggest young crowd-puller this Dasara. The crowd crooned along with the star singer and it was a perfect weekend for the people. The crowd was literally swaying to Sonu Nigam’s soulful renditions and people climbed on chairs to greet and wave at the singer.

Next to come on stage was Dr. Shamitha Malnad and the performance along with dance sequences added colour to the stage. Both the performances were for the first time post the pandemic and if euphoria could be described sans words, the shows itself gave apt descriptions.