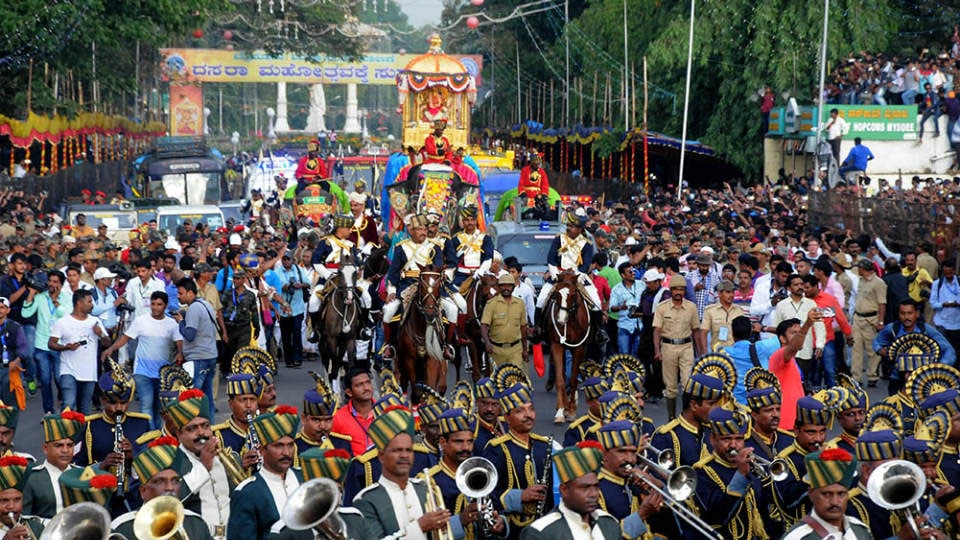 Mysuru: Come Vijayadashami, special teams will be set up to curb the menace of stray dogs and cattle on the procession route from Mysore Palace to Bannimantap Grounds on Sept.30. On that day, elephant Arjuna will carry the 750-kg Golden Howdah.

The Jumboo Savari procession will start in the afternoon and lakhs of people participate in the spectacular event.

To make the procession incident and disturbance-free, the Mysuru City Corporation will have two exclusive teams to prevent the entry of stray dogs and stray cattle.

Speaking to Star of Mysore, Assistant Director (Veterinary) of MCC Dr. S.C. Suresh said that there will be two teams with vehicles. Each vehicle will have 5 members and they will prevent the entry of strays along the procession route. “Every year, as per protocol we will constitute the teams and as the procession is generally incident-free, the team has not come to public attention,” he said.

The teams will begin their work before the procession starts and during the procession. Areas like Old RMC Circle, Bamboo Bazaar, Maulana Abul Kalam Azad Circle (Highway Circle) are particularly plagued by strays.

Special permission like working pass and vehicle pass have already been procured for teams authorising them to work on the procession route.

“Each squad will patrol the procession route and surrounding areas and the vehicles will be equipped with nets and instruments to catch the animals and release them in other places. The teams will patrol the areas in two shifts, morning and night,” he said.

“We have already issued notices to people, especially those residing along the procession route and its surrounding areas not to leave their cattle on streets,” Dr. Suresh said