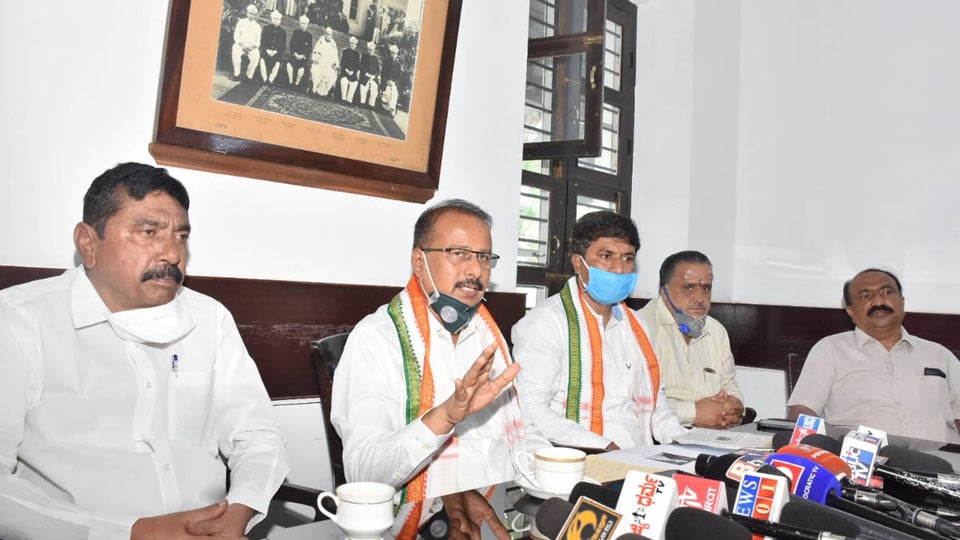 Addressing a press meet at Jaladarshini Guest House on Hunsur Road here this morning, Dhruvanarayan said he had information that Minister for Large and Medium Scale Industries Jagadish Shettar and Mysuru District Minister S.T. Somashekar had held a meeting where it was decided to ask Jubilant Company to distribute 50,000 grocery kits to villagers and also adopt 10 villages and added that the State Government was lured by false promises made by Jubilant.

Pointing out that he had demanded the probe report of IAS Officer Harsha Gupta, who was appointed as a Special Officer, be made public, the former MP said that previous District Minister V. Somanna had stated that summons were issued to the Managing Director of Jubilant Company but nothing has happened after that.

Stating that there was a change in District Minister all of a sudden, raising doubts, the former MP accused the Central and State Governments of following dual mode and accused both the Governments of receiving huge kickbacks from Jubilant. Hence, Dhruvanarayan has demanded a thorough CBI probe.