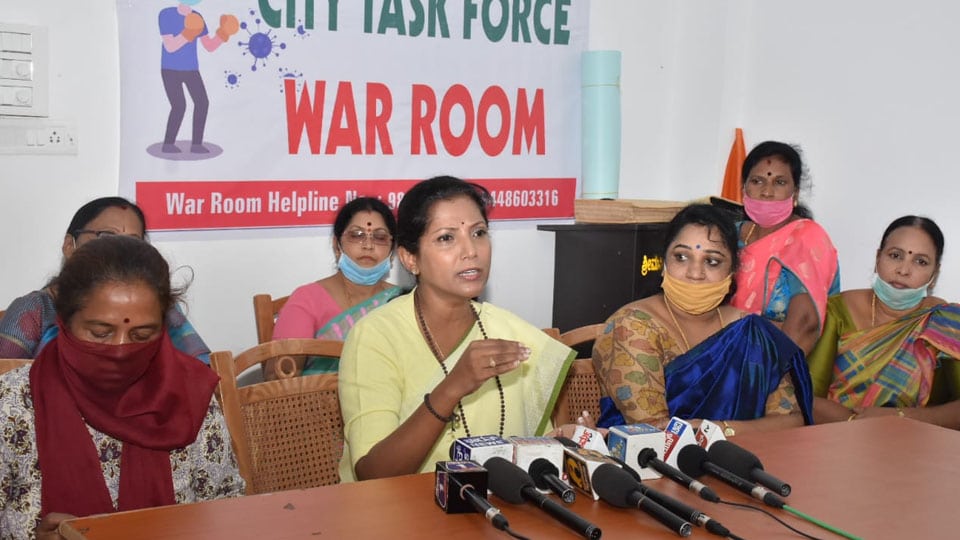 Mysore/Mysuru: Condemning the attempts made by the State Government to close down Mahila Santhvana Kendras and stopping of Mathrushri Scheme, Karnataka Pradesh Congress Committee (KPCC) Women’s Wing President Dr. Pushpa Amarnath has alleged that the present BJP State Government is not concerned about the welfare of women and children.

Addressing a press meet at the Congress Office near City Railway Station yesterday, Dr. Pushpa said that the State BJP Government was hell bent to close down the Santhvana Kendra, which is aimed at protecting women and also stopping of Mathrushri Scheme, aimed at providing nutritious food to mothers and children.

Pointing out that the APMC Act which is to be amended was not farmer-friendly, she said that the farmers and the poor suffered more due to the unplanned lockdown and added that the new projects and schemes brought out by the Centre was not new but were the schemes of the then UPA Government with new names. She observed that it was the right time for the Centre to bring the black money from the Swiss Bank and waive off loans taken by farmers and Women Self Help Groups.