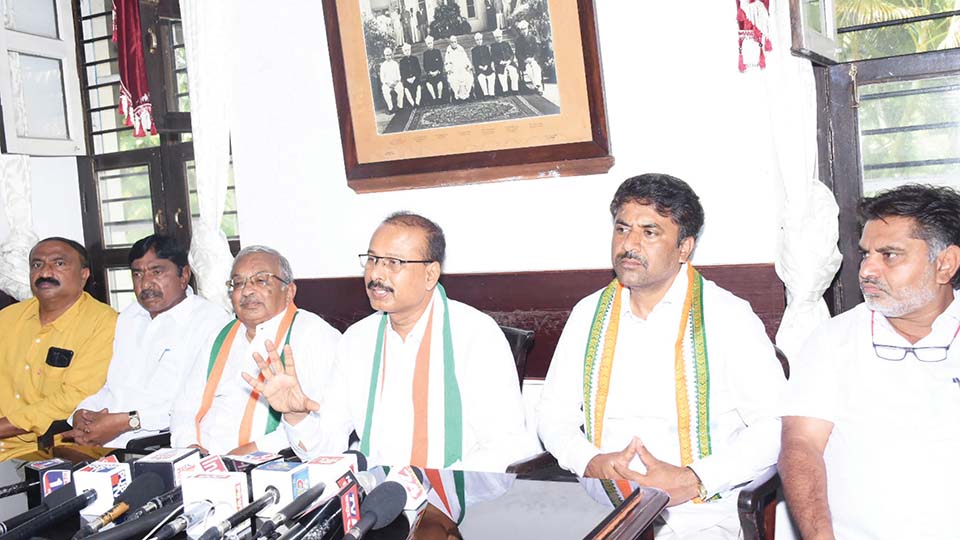 Mysuru: Accusing the BJP of misleading dalits, KPCC Working President and former MP R. Dhruvanarayan maintained that BJP leaders have no moral stand to criticise former Chief Minister Siddharamaiah, who had introduced several programmes for the welfare of dalits and backward classes, when he was in power.

Addressing presspersons at Jaladarshini Guest House here yesterday, Dhruvanarayan contended that BJP leaders were unfairly targeting Siddharamaiah as the Opposition Leader had lashed out at BJP dalit leaders such as Govind Karjol and Ramesh Jigajinagi for joining BJP for personal gains.

Hitting out at BJP dalit leaders for not raising their voice when their fellow BJP leaders such as Ananth Kumar Hegde, Tejasvi Surya and B.L. Santosh made unconstitutional remarks that hurt dalit sentiments and feelings, Dhruvanarayan said that these  BJP leaders must remember that Siddharamaiah maintained social justice truly by giving representation to all communities in his Cabinet.

Arguing that the present Basavaraj Bommai Cabinet was representative of only dominant communities, the KPCC Working President said that the BJP leaders must take all this into consideration before making any remarks against Siddharamaiah.

Charging the BJP Government of withholding student scholarships of over 30 lakh SC/ST students, Dhruvanarayan asked the BJP leaders to raise their voice on this and other dalit issues, instead of targeting the former CM.