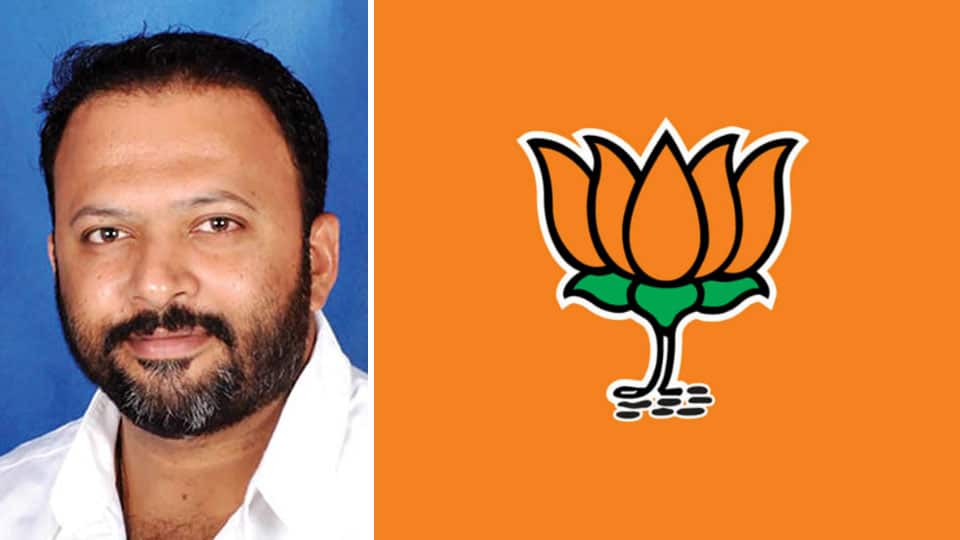 Mysuru: Even as former Union Minister and State BJP Vice-President V. Sreenivasa Prasad has time and again reiterated that he will stay away from electoral politics, his son-in-law B. Harshavardhan has entered politics.

Harshavardhan, who had identified himself with the BJP along with his father-in-law Sreenivasa Prasad in the run up to Nanjangud by-elections, has now been appointed as BJP State Yuva Morcha Vice-President and the letter of appointment was handed over to him by MP and State BJP Yuva Morcha President Pratap Simha.

When Star of Mysore asked Harshavardhan this morning if his appointment was a prelude for him to enter the electoral arena in Nanjangud in 2018 Assembly elections, Harshavardhan, without denying, said that it was too early to say. “I will leave this decision to Sreenivasa Prasad and I will abide by his decision,” he said.

Although Harshavardhan had extensively campaigned for Sreenivasa Prasad during the Nanjangud by-poll in April, he had stayed away from politics all these years. Now Harshavardhan has formally marked his entry to politics with  the appointment.

Harshavardhan resides in Bengaluru and has done his graduation in engineering B.E (IEM) and is the grandson of late B. Basavalingappa, a former Karnataka Minister.