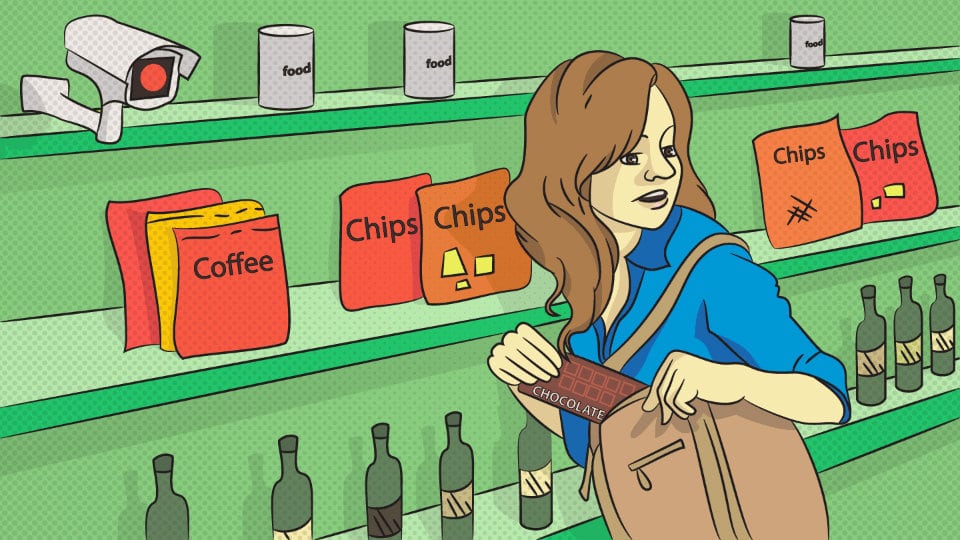 Some may not have been born with a silver spoon in their mouth, so they just steal a few silver spoons, literally, like a few Indian journalists did in London recently.

West Bengal Chief Minister Mamata Banerjee had taken a few select Indian journalists to London so they could cover her pitch to investors. Instead, she was covered with embarrassment when the staff of the five star hotel where the conference was held caught some of these journalists stealing silverware. The journalists reportedly did not show any remorse as they paid a 50 pound fine.

This reminded me of an incident when I was studying in the US where an Indian classmate of mine was caught shop-lifting. He was taken to a cell in the store’s basement and kept there for a few hours and let go after signing a document that said he would never enter the store for the next two years. But he didn’t seem ashamed or scared.

So I told him next time he would be sent to a Police jail where he would end up becoming some red-necks homo-exotic pet or some muscular black man’s bitch. Also I informed him that he could never shower in peace in jail because if he dropped his soap in the shower he could not even risk bending to pick it up lest he gets probed. It scared him so much that he swore he’ll never steal again.

Indeed some may suffer from the disease Kleptomania, where they are addicted to stealing. But most people steal because they want what they cannot afford and some even believe that if you have something nice, it is your job to protect it, if not it’s ok to steal it.

Hotels constantly have to deal with thefts — from towels to bath robes to carpets to even TVs. A few years ago a TV thief had become the bane of the hotel industry as he stole over 150 television sets. This man would check-in with an empty suitcase and check-out in the middle of the night with a TV in it.

In recent times, people have become innovative and professional when it comes to shop-lifting. Women have special clothes stitched with inner pockets. In one case a retail company found a woman stapling certain clothes. On closer examination on the CCTV they realised she was stapling barcode she had collected from cheaper products on to expensive products so when she checks out a Rs. 3,000 dress would read Rs. 300.

People steal all over the world, but in India it’s even more because of various factors such as the huge gap between haves and have-nots, aspirations and lack of opportunity to realise those aspirations and desensitisation to morality. And so, many have developed a fearless motivation for quick gratification and steal.

Remember how hi-tech train Tejas, which was flagged off with great fanfare when it reached its destination, 337 headphones were stolen and LED screens were cracked as attempts were made to yank it off? No wonder now even the mug in train toilets are chained.

It gets worse with Indian retail. With the opening of Western style retail, theft has sky-rocketed. This is because there is no barrier between the customer and the products unlike the kirana stores where you have to ask and the shop-keeper will hand it to you.

In 2006, Audit and Consulting firm Ernst & Young reported that retail theft was at Rs.600 crore in India. Four years later it had increased to Rs.4,397 crore! In fact, it is being reported that like the ring of pick-pockets, there is ring of organised shop-lifters who steal and then sell their loot to small shops in small towns.

We steal whatever we can get our hands on. We steal flowers and fruits from other people’s compound, we steal ashtrays from hotels and we even steal manhole covers. Rich people steal nation’s wealth while poor people steal car tyres and middle class people steal jewellery. Some people even steal ladies’ under ki baat, no we are not talking about love jihad and stealing hearts. We are talking of men who steal women’s underwear — chaddi chors.

Theft is an important social indicator as to where we are headed as a nation. It can indicate if we have enough jobs to fulfill aspirations or it can show that there are too many people who are morally bankrupt. Today it’s both.

We no more want to be morally made of steel…we just want to be ‘Stainless Steal’ — not get caught while stealing.