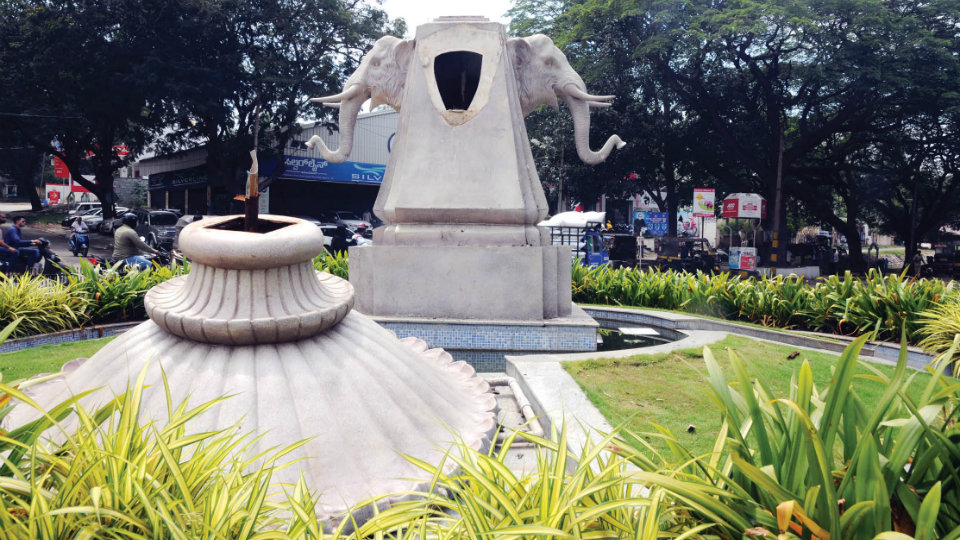 Thursday was Ganesha Chaturthi, the festival to celebrate the birth of Lord Ganesha, the revered elephant-headed Hindu God. But on his birthday, an elephant was beheaded!  One of the elephant sculptures at Highway Circle was severed from the main pedestal.

We are a nation of vandals — wilful destroyers of what is beautiful or venerable. Be it plowing out car logos, painting love notes on rocks, etching perverse rhymes on elevator doors, breaking art installations, slashing bus seats to burning trains, we are in a constant phase of defacing and destroying.

Anything good that is provided for us by our government or by well-intentioned private companies we destroy, like the elephant sculpture at Highway Circle, which was gifted to the city by the Brigade Group. This reminds us of what happened to India’s first high-speed semi-luxurious train Tejas Express.

This train that runs between Mumbai and Goa came equipped with LCD TVs, Wi-Fi, closed circuit camera, bio-vacuum toilets and touch-less water taps. But by the time the train reached the end of its maiden journey, the LCD screens were dislodged and broken, the headphones were taken away, the toilets were not flushed and the touch-less taps were pulled out.

It seems trains are a popular hotspot for thieves. The Railway Protection Force (RPF) had arrested over 11 lakh people across the country in 2016 for stealing from trains! They stole everything from copper wires to iron bolts and from blankets to washbasins. But the most popular was the bum wash mug or lota! The Jabalpur Division of Western Central Railways lost 1,100 of the 1,800 lotas they had provided in its trains’ lavatories in just two weeks! Guess lot of people on the Jabalpur line desperately needed a bum splash,  but what they actually need is a bum lash. Yes, they do, Singapore does it.

In 1994, an American student spray-painted public property in Singapore. He was caught and sentenced to 6 lashes. The then President of the USA Bill Clinton called the Prime Minister of Singapore Lee Kuan Yew to pardon him. Prime Minister Lee heeded. He simply reduced the number of lashes from 6 to 4. No wonder Singapore is Singapore.

Now, in our own small city what do we do with people who destroy our public properties…nothing! Yes, cases have been booked by MCC but with no outcome. Even in the case of the elephant sculpture, which was vandalised earlier there was no punitive action. That is why today our Circles have become ‘shraddanjali’ centres as flex posters of the deceased are propped up. Park fences are cut and stolen. Footpaths have become foodpaths.

We wonder if the MCC would be so nonchalant if any of the statues of political leaders in our city were vandalised like the elephant sculpture? Would the followers of these leaders keep quiet like they are now? There would have been chaos. Sadly, Mysuru, a city that claims Royal heritage and heightened sensitivity to art and culture, has no respect for it any more.

What is even more disheartening is that it’s not just the citizens who destroy public property, the government also does it. Best example is when Ahara Mela was hosted at the Public Office building near the Mysore Palace a beautiful wrought iron wall was brought down to make path for a lorry! Also when Dasara comes, the administration gives painting contract for all the Arches in Mysuru and the unqualified painters blindly apply plaster covering up intricate details on Arches like they have done to the Arch at Government Guest House in Nazarbad. So yes even ignorant bureaucrats perpetuate vandalism with their apathy. 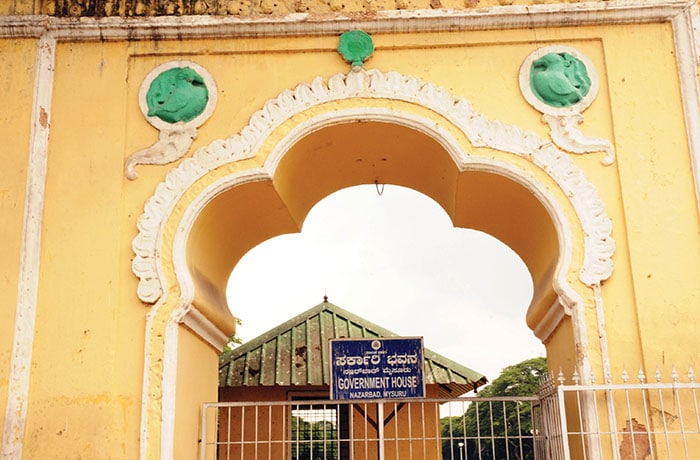 Plaster and paint smeared on the intricate bird and flower carvings have turned them into green blobs on the Heritage Arch at Government Guest House.

All this vandalism is due to the non-implementation of law. There is the Prevention of Damage to Public Property Act, 1984 which says, if a mob burns down a public property, they “shall be punished with minimum one year imprisonment.” The law also states that if the damaged public property is water supply, electricity, telecommunication or public transport, then the miscreants “shall be punished with rigorous imprisonment for a term not less than six months and up to five years.”

Political protestors constantly break this law and since there is no punitive action from the government even when there is videographic evidence, today burning public transport has become customary to register protest.

The Constitution of India, while guaranteeing its citizens certain Fundamental Rights, has also prescribed eleven Fundamental Duties and one of them is “To safeguard public property and to abjure (reject) violence.”

Our PM wants to “Make in India” but may be first he should promote “Stop breaking in India.” Instead of playing the National Anthem in the movie theatres, the government should remind people of their duties and punishment for destroying public property — because India is beautiful but Indians have made it ugly and they are making it uglier by the day.

7 COMMENTS ON THIS POST To “India is beautiful, Indians make it ugly”