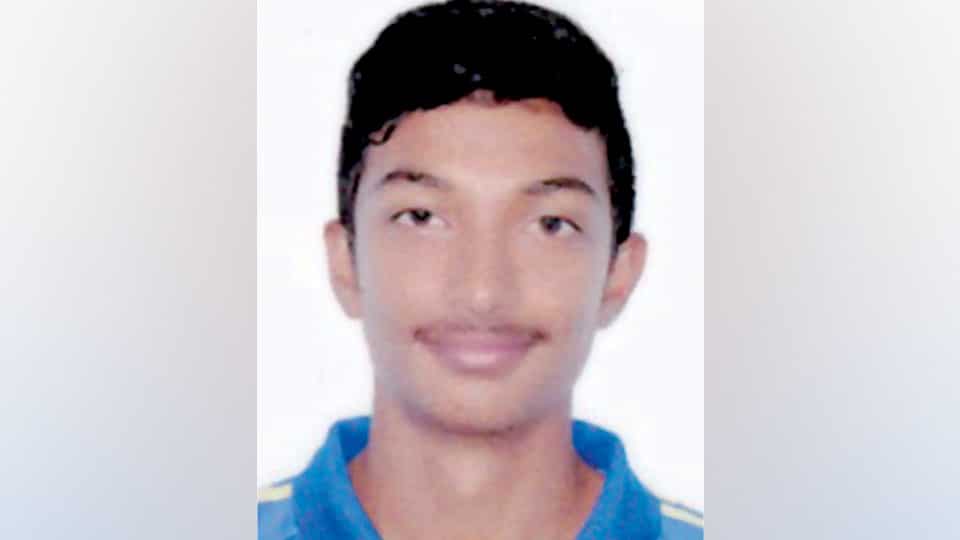 Cricket is a very popular game in our country and after the exploits of the Indian team which has been doing well in the International scene, many youngsters have taken up cricket as their career.

Mysuru also has its share of producing talented cricketers who have gone on to play higher level of cricket. On these lines is our city’s 17-year-old cricketer Saathvik S. Shyamnur. He has impressed everyone with his excellent performance with the ball  representing Karnataka State in the Vijay Merchant Trophy U-16 (2016-17) season. He performed well in the league phase of the Tournament held at Shivamogga and also in the knock-out stage of the Tournament at Gwalior. The excellent performances by Saathvik in the tournament has earned him a place in the South Zone U-16 squad for the annual zonal coaching camp to be held at Vaizag along with two other Mysuru Zone players (Kruthik Krishna and L.R. Kumar). He is our Star This Week.

Saathvik, son of S.P. Sandeep and Poornima Sandeep, is a resident of Mysuru. Saathvik is a right-arm fast-bowler. He learnt his cricket under the guidance of SAK cricket coach C.G. Ramesh and he practices at CG’s Hub of Cricket in Mysuru. He was a student of Pushkarini Vidyashrama, Mysuru and has finished his 10th standard this year.

A medium-fast bowler, Saathvik, representing Karnataka in the Vijay Merchant Trophy 2016-17 league phase at Shivamogga, came up with some consistent performances with the ball. As a opening bowler, he bowled well in all the matches and had performances of two for 52 & one for 19 against Tamil Nadu, one for 25 & one for 22 against Kerala, one for 16 & three for 20 against Goa and in the pre-quarter-finals against Vidharbha at Gwalior, he took one for 74 & one for 30.

Saathvik was the captain of the Mysuru zone U-16 team which won the Inter-zonal Tournament in 2016.

This year he played in the Mysuru Zone U-19 Inter-District Cricket Tournament which was held last week and performed well with the ball.

His stint with the KSCA Mysuru Zonal Academy and guidance from coaches at the Academy and the support from the Mysuru Zone has enabled him to improve his talent further. A cricketer with the eagerness to learn, fast bowler Saathvik, intends to work hard to play higher level of cricket.