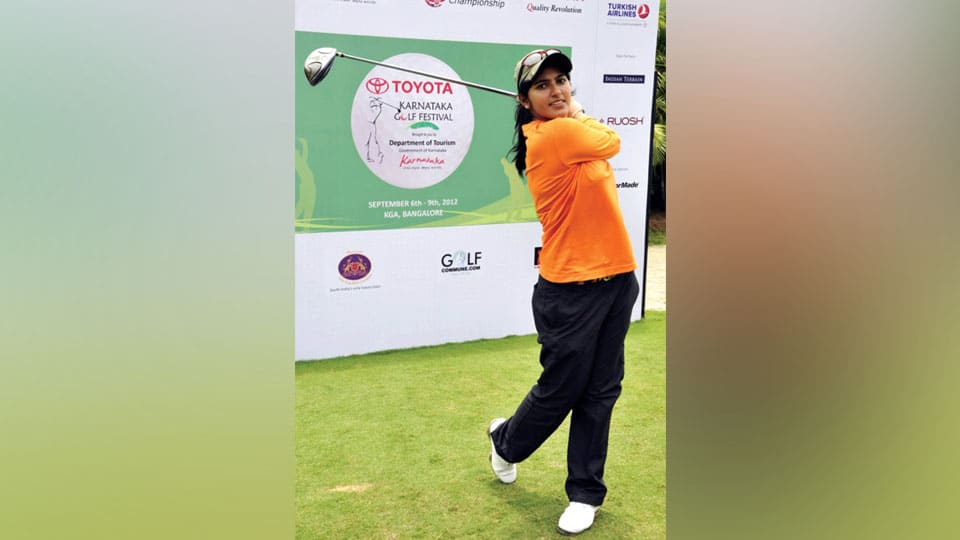 City’s 28-year-old Sonam Chugh, a product of the JWGC, has done everyone proud with her achievements in playing the game of golf as well as being an official of repute. Sonam is the only professional golfer in the women’s section from Mysuru. She has been consistent in the Professional Golf Tour in India and recently taking part in the sixth leg of the Hero Women’s Professional Golf Tour 2017 at the Poona Club Golf Course here on Mar. 24, finished a creditable eighth with a aggregate score of 239 (82+80+77). She is our ‘Star This Week.’

After six legs in the Hero Tour, Sonam has been placed 18th in the Order of Merit. Vani Kapoor won the tournament with a three-day aggregate score of 216 (70+72+74).

Sonam has earlier represented India in the 22nd World Corporate Golf challenge at the Oitavos Dunes Golf Course in Cascais, Portugal, in 2016 and teamed up well with Shashidhar Reddy to win the top honours.

She has also published a book “Networking & Golf – A research paper to validate the question — ‘Is Networking through golf’ a myth or reality?” Sonam finished among the top two referees in the Grade ‘A’ level in the Referee exams held in 2015 and was sent to St. Andrews in Scotland in February 2015, where she completed her certification and became an International certified Rules official.

Sonam is a Post Graduate Diploma holder in Marketing Management & a Masters in Science in Communication. She is the daughter of V. Prakash and Neena Prakash of Mysuru.