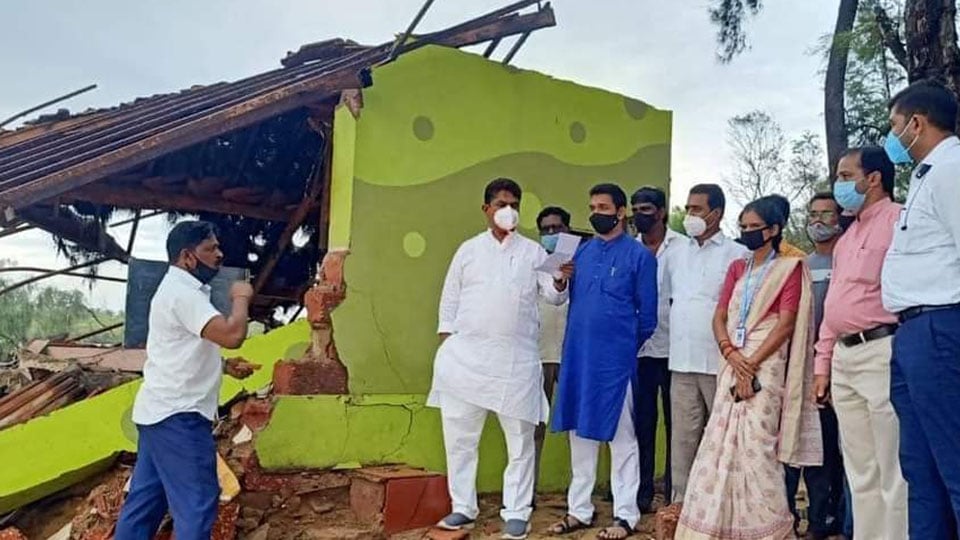 Mangaluru: The Karnataka Government on Monday announced compensation to the family members of the dead in Taukate cyclone havoc.

Speaking to newsmen after a review meeting, Revenue Minister R. Ashok, who visited affected places earlier, announced the compensation of Rs. 10 lakh each to the next of kin of the dead.

He said the Government has also announced Rs.5 lakh for houses completely damaged during the cyclone havoc and Rs. one lakh to the partially damaged houses.

Earlier, Ashok who arrived here in the morning to get firsthand account of the losses due to the impact of cyclone Tauktae in the district, held a meeting with officials at the NMPT office.