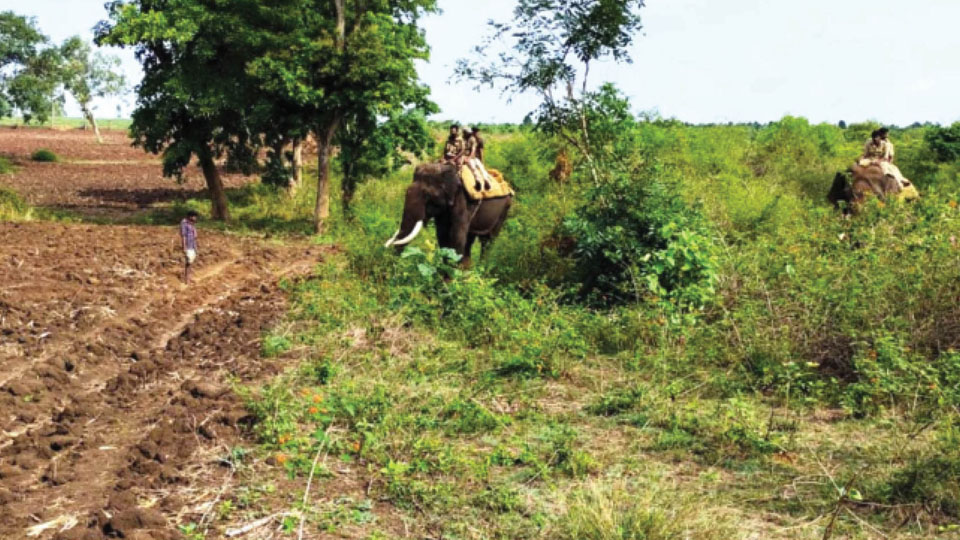 Hunsur: There a total of 605 Forest staff coming under eight ranges of Nagarahole National Park and the Office of Deputy Conservator of Forests (DCF) at Hunsur, out of whom only 313 have been vaccinated and the remaining 292 personnel are yet to be vaccinated.

The four month period from February to May is the most challenging for forest staff as they have to deal with Forest fires, wild animal attacks, poachers etc. This is also the period which witnesses man-animal conflicts the most. Also, there are many other challenges such as ensuring water availability for wild animals, tackling forest crimes  and the precautionary  measures to be taken ahead of monsoon.

It is the Watchers, Foresters and other lower rank personnel who will be in the forefront of facing these challenges and as such they are always exposed to risks. Working under such strenuous conditions, more than 20 personnel have contracted the deadly virus. With their fellow personnel contracting the virus, the officers are now a worried lot.

Meanwhile, the infections have had an impact on trapping of wild animals like leopard and tiger, which are causing  scare among residents in villages along the forest borders. Although a tiger was spotted in Veeranahosahalli Range more than 10 days ago, the Forest personnel had failed in trapping the tiger, as some of the staff got infected midway through the operation.

The Department had launched a combing operation using tamed elephants to nab the elusive tiger. But unfortunately, a total of 5 personnel, including 3 from Thithimathi STPF platoon and 2 of Handpost STPF platoon have tested positive. Besides, 4 personnel at Veeranahosahalli, 7 at Anechowkur, 2 at Nagarahole and one each at Metikuppe and Antharasanthe have tested positive for the virus.

With several staff getting infected, the National–level IFS Officers’ Association has written to the Government on May 14 urging it to consider Forest personnel too as COVID frontline warriors.

Nagarahole National Park DCF Mahesh Kumar said that Forest staff are risking their lives for conserving our forests. Noting that it is the responsibility of the Department to ensure safety of staff,  he said that the Government must consider the Forest staff too as frontline warriors and vaccinate them on a priority.